A new study has created an atlas of human thymus development, to reveal which genes are needed for the production of specific T cells. 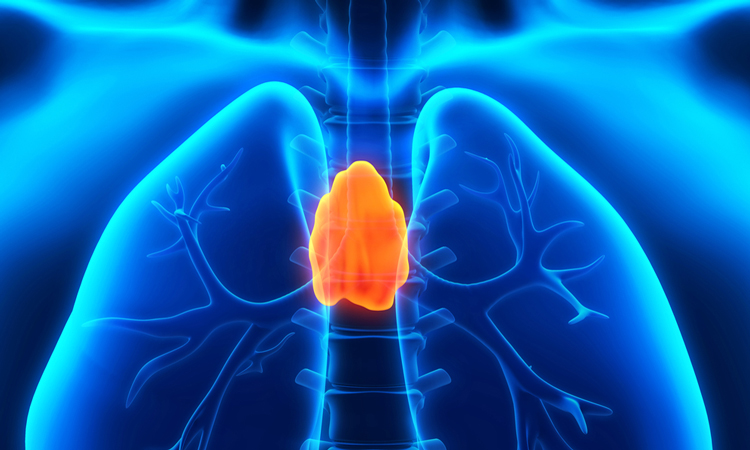 A team of researchers has mapped the thymus tissue through the human lifespan to understand how it develops and makes T cells in a new atlas. According to the scientists from the Wellcome Sanger Institute, UK, Newcastle University, UK, and Ghent University, Belgium, this information could help researchers to generate an artificial thymus and engineer improved therapeutic T cells.

Problems in thymus development causes defective T-cell generation, as this organ generates these immune cells. Alternatively, it can affect T-cell regulation resulting in autoimmune diseases such as type 1 diabetes. This atlas has revealed new cell types and identified signals that tell immature immune cells how to develop into T cells; it could also help to advance the understanding of diseases that affect T-cell development such as severe combined immunodeficiency (SCID).

The researchers isolated and analysed around 200,000 individual cells from the developing thymus, as well as child and adult thymus tissue. Speaking to Drug Target Review, Dr Jongeun Park, the first author on the study from the Wellcome Sanger Institute, said: “We used single cell transcriptomics, including profiling of the a/b T-cell receptor sequences. This allowed us to resolve the individual cell types and their changes during organogenesis and postnatal development of the thymus, as well as the process of T-cell receptor recombination and selection in the T-cell lineage.”

The team used this to identify cellular signals in the developing thymus and therefore which genes need to be switched on to convert early immune precursor cells into specific T cells. According to the researchers, this atlas could be used as a reference map to engineer T cells outside the body with exactly the right properties to attack and kill a specific cancer, creating tailored treatments.

“We generated a cell census of the human thymus… This means that we now have the recipe that our body uses to produce T cells in our daily life. The recipe contains two main types of instructions to the T cells: transcription factors inside the cells and environmental stimuli signalling from outside the cells. Based on single-cell RNA-sequencing data, we have generated computational models for the transcription factors and cell-cell interactions which govern T-cell fate decisions. This will greatly facilitate our effort to generate T cells in vitro, by dramatically reducing the potential search space for trial-and-errors,” said Dr Park.

He also highlighted the study’s clinical relevance: “There are two major therapeutic implications. One is the potential to utilise the data to create better in vitro mimics of thymocytes, which encompass special types of epithelial and stromal cells as well as immune cells. In terms of immune cells, this includes ways of boosting the T-cell therapy, which relies on in vitro T-cell engineering. While many T-cell therapies are focused on eradicating cancer using killer T cells, there is another direction of T-cell therapies which utilises a suppressor type of T cells, regulatory T cells, to fight against autoimmune disease.

“Another clinical implication is a better understanding of the mechanisms of inborn errors of immunity. There are many genes which have been shown to cause primary immune disorders. However, the mechanism for the onset of disease is still unclear for many cases. Our dataset provides high-resolution information about which cell type expresses these candidate disease genes.”