Researchers have studied how the human body responds to viral infection when already infected by fungi, offering insights into the immune system. 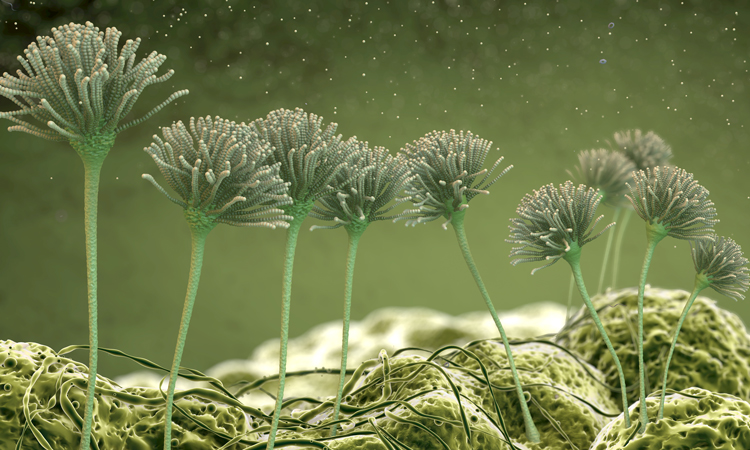 New research has found that the body’s immune response to fungal infections changes when a patient is also infected by a virus. The study, carried out by researchers at the University of Birmingham, the Pirbright Institute and University College London, all UK, sheds fresh light on the immune system’s ability to deal with co-infection.

Although clinicians understand how the immune system responds to fungal and viral infections, much less is known about what happens when both occur together.

Instead of becoming simply less able to deal with the fungus, the researchers found that the white blood cells began expelling the fungal cells much more rapidly.

Lead author, Professor Robin May, Director of the Institute of Microbiology and Infection at the University of Birmingham, explained: “We found the macrophages ejected their prey – the fungal cells – much more quickly when the virus was present. This was very unexpected, but could be an attempt to ‘free up’ those white blood cells to deal with the new viral invaders.”

As the vomocytosis occurred with both viruses, the researchers concluded that the effect was likely to be a general response to viral co-infection.

Professor May added: “This is the first time that scientists have studied our immune system’s response to fungal infection in the much more realistic setting of a secondary (viral) infection. We don’t yet know whether this mechanism makes the white blood cells more or less effective in fighting off either infection. Although expelling the fungal cell will free up the macrophage to attack the virus, it also sets free the fungal cell to continue its spread through the body.”

Dr Dalan Bailey, head of the Viral Glycoproteins group at Pirbright, commented: “This is another interesting example of transkingdom interactions between microbes, this time fungi and viruses. We are only beginning to understand the complexity of microbe interactions within the host and this collaboration sheds new light on this exciting new area of research.”

Investigating these processes in animal models will be the next step for the team, with a longer term goal of harnessing the mechanisms used to trigger the expulsion of fungi and use them to help clear these pathogens from the body.