Tests have shown that LAL assays produced from L. polyphemus in aquaculture often has a higher activity than lyophilised and preserved LAL from commercial kits. 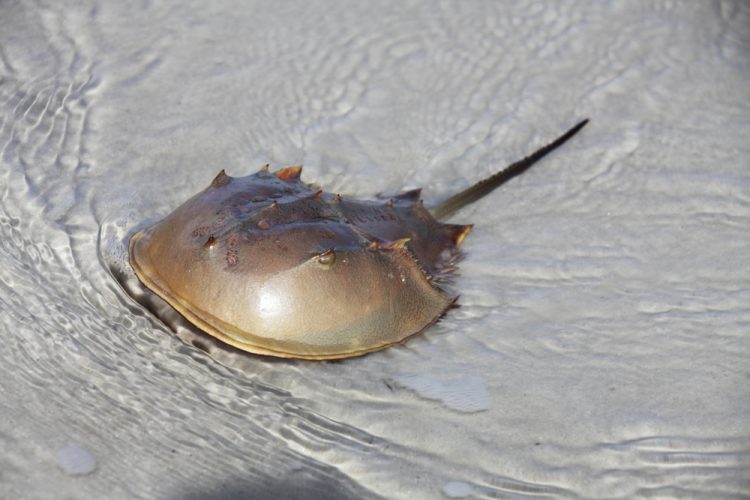 Since its approval by the US Food and Drug Administration (FDA) in 1977, the Limulus Amebocyte Lysate (LAL) assay has been the standard test for contamination of medical devices by Gram-negative bacteria.

Horseshoe crabs have blue blood containing amoeba-like immune cells, which are analogous to human white blood cells that protect against a wide range of pathogens. These cells, called amebocytes, are indispensable for modern medicine. They are the only known source of LAL, a reagent extraordinarily sensitive to the liposaccharide toxins produced by Gram-negative bacteria.

Attempts to use LAL to detect these bacteria in the blood of human patients have failed so far, due to the presence of substances in blood that inhibit the test. Combined with concerns about the impacts of harvesting horseshoe crabs for LAL production, the medical community has had two major problems to overcome with this technique. However, new research may have found the answer.

“We wanted to find a way to keep horseshoe crabs healthy in the laboratory, in such a way that we could regularly and reliably obtain LAL from them for medical tests while safeguarding their well-being as much as possible. Now that we have managed this, harvesting them from the ocean won’t be necessary anymore,” said Lee Robertson, Director of Scientific Communication and Operations at Kepley BioSystems. This team worked in collaboration with researchers from the Joint School of Nanoscience and Nanoengineering in North Carolina.

Robertson also emphasised: “We also show that LAL from healthy and well-fed horseshoe crabs in aquaculture is of a higher quality, which for the first time makes it possible to do quick, affordable and precise LAL assays on specially treated human blood.”

Every year, up to 600,000 individuals of the Atlantic horseshoe crab Limulus polyphemus are harvested in the US for transport to the laboratory, bleeding to extract amebocytes for LAL production and subsequent return to the ocean. Unless they die from the procedure, which has an estimated mortality rate of 30 percent, L. polyphemus are typically harvested during the spawning season, when they are extra vulnerable due to the stress of mating and reproduction.

These practices put considerable pressure on wild populations, but thanks to the new method described here, amebocytes can be extracted up to 24 times per year from L. polyphemus kept long-term in aquaculture, abolishing the need to harvest them from the ocean.

The authors calculate that a single cohort of 45,000 L. polyphemus in aquaculture would yield enough LAL for all current needs and even allow its use in new clinical applications – in particular for rapid sterility tests on human blood.

To achieve this new method, the team developed a recirculating aquaculture system to house L. polyphemus. To enable regular extraction of amebocytes, they were gently immobilised (while bathing their gills in saltwater), while a capped intravascular catheter was implanted through the pericardial membranes under sterile conditions. According to the researchers, every effort was made to safeguard their well-being as much as possible: the entire procedure had a zero mortality rate and the animals displayed the full range of natural behaviours in aquaculture while maintaining their body weight. Regular body checks and biochemical and cell composition analysis of their blood further proved that they remained healthy throughout.

“This study offered tremendous opportunity to improve conditions of a threatened animal species that is intrinsically linked with human health,” said Dr Rachel Tinker-Kulberg, the study’s lead author. “With a carefully developed diet and rigorous monitoring, we were excited to see the health parameters and blood quality respond positively. We have a significant advantage over current LAL collection methods in that our aquaculture-derived LAL has less batch-to-batch variability and it is a more sustainable approach that will yield more reliable and higher quality product. The horseshoe crabs continue to be lively and active in their new environment and even laid eggs.”

Tests showed that LAL produced from L. polyphemus in aquaculture tends to have a higher activity than lyophilised and preserved LAL from commercial kits. This suggests that this fresh LAL has a greater concentration of clotting factors necessary for defence against disease-causing bacteria.

The results show that LAL derived from aquaculture can be reliably used to detect endotoxins in human blood. The new blood assay – described in greater detail in an upcoming study by the same authors – was sufficiently sensitive to detect toxins across the clinically relevant range of 1 – 500,000 Colony-Forming Units (CFU) per ml blood.

“LAL has never before been used for patient diagnostics due to cross-reactivity and inhibitors in human blood. Using high quality and potent LAL from aquaculture, we have now developed a method that makes blood samples compatible with the LAL assay, allowing it for the first time to be used in early, potentially life-saving detection of bacteria and fungi in blood,” said Dr Anthony Dellinger, President of Kepley BioSystems. “Our aquaculture method not only spares at-risk populations of horseshoe crabs: it also yields LAL that can finally be used in a quick, affordable and ultra-sensitive assay for the early stages of sepsis, when time is of the essence for saving patients’ lives.”

The study was published in Frontiers in Marine Science.