Post-infection genome editing could be the cause of mutations in the SARS-CoV-2 virus responsible for the COVID-19 pandemic, driving its evolution. 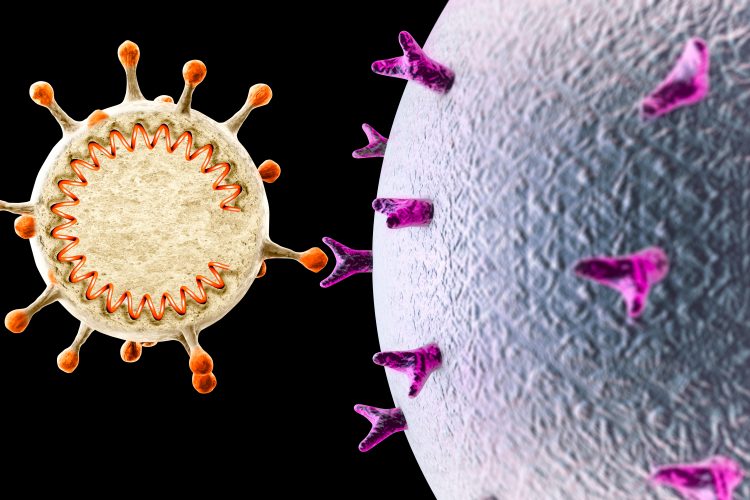 Researchers have suggested that host deaminase enzymes that modify SARS-CoV-2 when it enters human cells may mutate the virus and have implications for its evolution and spread.

According to the team, RNA editing may cause mutations in the viral genome of SARS-CoV, the virus causing the COVID-19 pandemic, that could influence its evolution. Previous work has suggested that post-infection genome editing influenced the evolution of Rubella, another virus with an RNA genome.

Mammals express two different deaminase enzyme families, ADARS and APOBECS, which can alter the nucleotides comprised in the viral RNA genome. Deaminase enzymes remove an amino group from a nucleobase, the building block of an RNA strand, allowing other enzymes to replace it with a different one and therefore altering the sequence of the RNA strand.

In a paper published in Science Advances, Salvatore Di Giorgio and colleagues assessed whether RNA editing was involved in the bodily response to SARS-CoV-2 infection by analysing single nucleotide variants in in RNA sequencing datasets from fluid extracted from the lungs of patients diagnosed with COVID-19.

While they observed low numbers of mutation events, the researchers identified some nucleotide changes (adenosine to inosine and cytosine to uracil) which could be attributed to RNA editing.

The team also compared genomes from related coronaviruses, MERS-CoV (which causes Middle Eastern Respiratory Syndrome) and SARS-CoV (the virus underlying Severe Acute Respiratory Syndrome). According to the paper, a sizable percentage of mutations in these strains could have been caused by deaminase enzymes.

The team further speculated that if these enzymes are involved in the human response to SARS-CoV-2 infection, a genetic variation that affects two forms of APOBEC – known to be common in the Chinese population – could play a role in its spread.

The scientists hope that their work may allow the identification of novel therapeutic strategies to target the virus.