A study has revealed 68 protein-coding genes associated with risk of severe COVID-19, nine of which are targeted by drugs currently in clinical trials. 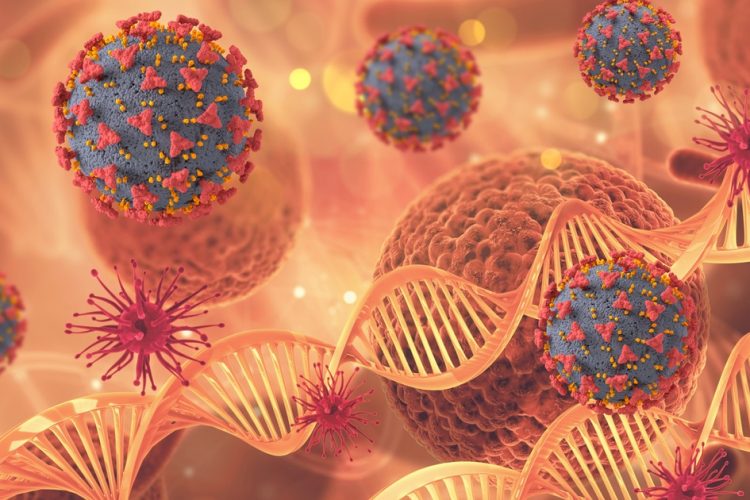 A unique artificial intelligence (AI) platform has revealed 68 genes associated with the risk of developing severe COVID-19, following the analysis of the genomes of 929 patients from the UK Biobank who had a severe response to SARS-CoV-2.

The researchers at PrecisionLife say the insights may help to identify patients who are at greatest risk of developing the most severe forms of COVID-19. They can inform the development of biomarker driven tests, targeted shielding and new therapeutic strategies, with the aim of identifying high-risk people, reducing disease burden and improving survival rates, say the scientists.

According to the team, established Genome Wide Association Studies (GWAS) approaches have been limited by the heterogenous nature of COVID-19, making it difficult to clearly explain the wide range of symptoms and impacts of predisposing comorbidities associated with the disease. However, this study has overcome this barrier by evaluating combinations of genetic features, which is not possible with existing GWAS approaches.

Using a combinatorial (high-order epistasis) analysis approach, the researchers identified 68 protein-coding genes that were highly associated with severe COVID-19, nine of which have been previously linked to differential response to SARS-CoV-2. These 68 genes include several druggable protein targets and pathways, nine of which are targeted by drugs that have reached at least Phase I clinical trials.

As more genomic records and additional medical data become available in the UK Biobank and other data sources, PrecisionLife says it will extend its analyses to fully ascertain the differences between severe and mild COVID-19 cases and provide an additional layer of validation to the results from this study.

Dr Steve Gardner, Chief Executive Officer of PrecisionLife said: “We know that systemic remodelling, leaky vasculature and micro-clotting can cause severe issues in COVID-19 patients in lungs as well as other organs. We are encouraged that several of the genes identified relate to lipid programming, beta-catenin and protein kinase C signalling whose processes converge in a central pathway involved in plasma membrane repair, clotting and wound healing. This pathway is largely driven by calcium ion activation, which is a known serum biomarker associated with severe COVID-19 and acute respiratory distress syndrome (ARDS). We intend to perform further analyses to investigate this hypothesis. We are also seeking to further validate 12 genes associated with dysfunctional immune response that are the first hint at a potential genetic signature for enhanced risk of flipping into a severe disease state.”

Over 718 drugs in pipeline as potential COVID-19 treatments, says report…

PrecisionLife emphasises that one limitation of the UK Biobank dataset is that the ethnicity distribution of the participants is heavily skewed to white British participants and it has consequently not been possible to fully investigate additional risk factors in BAME patients. It is actively seeking to investigate severe COVID-19 risk factors in other global datasets with more ethnically diverse populations.

The results of this study have been uploaded to the pre-publication site, medRxiv.