A new study has shown that while chloroquine protects African green monkey kidney cells from SARS-CoV-2 infection, it does not protect human lung cells. 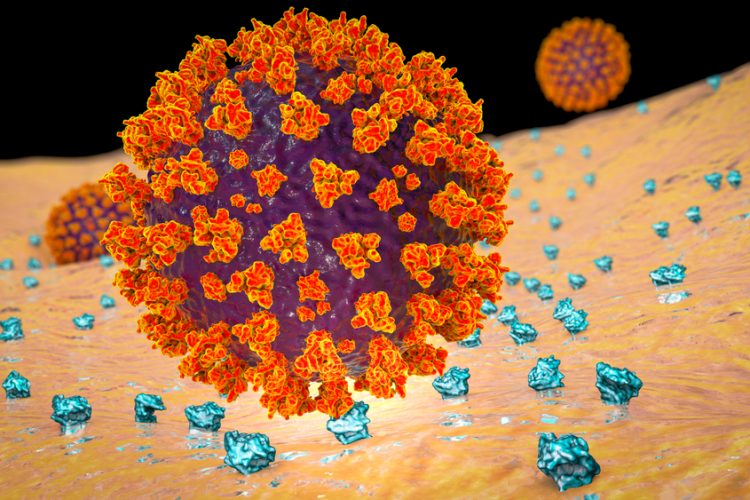 A new study has shown that the malaria drug chloroquine does not prevent infection of human lung cells with SARS-CoV-2, the virus responsible for the COVID-19 outbreak.

Previously, the drug has shown efficacy at inhibiting SARS-CoV-2 infection in African green monkey kidney cells. However, researchers from the Infection Biology Unit of the German Primate Center (DPZ) – Leibniz Institute for Primate Research in Göttingen, together with colleagues at the Charité in Berlin, demonstrated that chloroquine is not able to prevent infection of human lung cells with SARS-CoV-2. They conclude that chloroquine is therefore unlikely to prevent the spread of the virus in the lung and should not be used for the treatment of COVID-19.

According to the researchers, SARS-CoV-2 is able to use two different routes to enter cells. First, after attaching to the cells, the virus can fuse directly with the plasma membrane and introduce its genetic material into the host cell. Second, it can enter the interior of the cells upon uptake via endosomes. In both cases, the attachment of the virus to the cells and subsequent entry is mediated by the viral Spike (S) protein. For this purpose, the S protein must be activated either by the enzyme cathepsin L (in endosomes) or by the enzyme TMPRSS2 (on the cell surface). Depending on the cell type, both enzymes or only one of them can be available for activation.

The researchers found that chloroquine does not prevent SARS-CoV-2 entry into human lung cells and subsequent spread of the virus in these cells.

“In this study, we show that the antiviral activity of chloroquine is cell type-specific and that chloroquine does not block the infection of lung cells. This means that in future tests of potential COVID-19 drugs, care should be taken that relevant cell lines are used for the investigations in order not to waste unnecessary time and resources in our search for effective COVID-19 therapeutics,” said Stefan Pöhlmann, head of the Infection Biology Unit at DPZ. “COVID-19 is primarily caused by the infection of lung cells, for this reason these cells should be given priority in efficacy tests.”