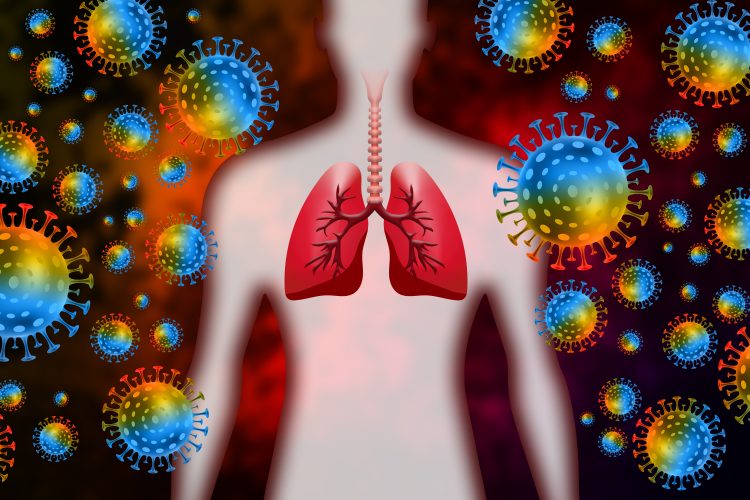 Using a bioengineered living, ‘breathing’ human lung model, researchers have discovered how SARS-CoV-2 infection triggers the hyperinflammatory response that can be fatal in hospitalised COVID-19 patients. According to the researchers, the NF-κB pathway is activated by SARS-CoV-2 infection of the lung alveoli, causing unchecked levels of inflammation which can lead to downstream organ failure.

The authors of the study published in Cell Stem Cell suggest targeting this pathway could reduce mortality in COVID-19.

Scientists at Boston University’s National Emerging Infectious Diseases Laboratories (NEIDL) and the Center for Regenerative Medicine (CReM), both US, joined forces to develop a research model to study SARS-CoV-2 (the virus that causes COVID-19) infection from stem cells.

With their model they discovered that unchecked lung inflammation begins soon after alveolar epithelial type 2 cells (AT2s) in the lungs are infected with SARS-CoV-2, because the virus activates the NF-κB pathway. NF-κB is a major transcription factor that regulates the genes responsible for both the innate and adaptive immune response. As NF-κB is activated, the virus also suppresses the lungs’ ability to recruit the immune system to fight off the viral invaders.

According to the team, when the signal finally reaches the immune cells several days after infection has taken hold, a swarm of activated immune cells enters the lung tissue which is heavily laden with infected, dead and dying cells. This tissue also has unchecked levels of inflammation triggered by the early activation of NF-κB. The incoming immune cells, by attempting to destroy every infected cell in their path, only adds to the level of inflammation, sending the lungs and other organs into total failure.

Their discovery makes NF-κB a promising target for novel COVID-19 therapeutics that could minimise the inflammation before it spirals out of control and give the body time to recruit immune cells that could fight the infection. 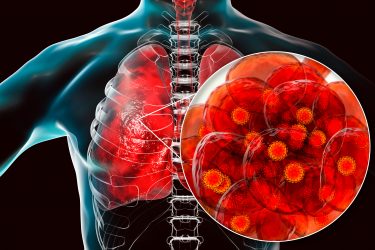 “We have learned [NF-κB] is the primary pathway that drives inflammation [in COVID-19 patients],” said one of the study’s corresponding authors, Dr Darrell Kotton, who is a director of the CReM and a pulmonologist at Boston University (BU)’s teaching hospital, Boston Medical Center (BMC). “Now the challenge is to find effective therapeutics that work in patients who are developing acute respiratory distress syndrome [ARDS].” He added that their findings are particularly important because NF-κB’s role in severe COVID-19 was demonstrated in human lung cells infected with live SARS-CoV-2 virus, where many coronavirus research projects have been based on infecting much more commonly available types of cells for research: kidney cells derived from African green monkeys. Those kidney cells are easily grown and maintained in culture dishes, but do not accurately represent human lung cells, according to Kotton.

For study co-corresponding author Elke Mühlberger, a virologist at the NEIDL who typically works with some of the world’s most lethal viruses, like Ebola and Marburg, it was remarkable to witness the effect SARS-CoV-2 virus has on human lung cells: “It was scary to see how much damage the virus does to these cells. It disrupts the [membrane surrounding the cell nucleus], and causes significant changes to the cell’s organelles. The cells really suffer.” She said that not even Ebola or Marburg viruses have as much impact on the cell’s internal organelles as the novel coronavirus does.

To make that discovery, Adam Hume, a co-lead author of the study and a senior research scientist in Mühlberger’s lab, infected sophisticated lung models created by stem cell researchers in the labs of Kotton and co-corresponding author Andrew Wilson (also a CReM scientist and a pulmonologist at BMC). Their lung organoids are grown from human stem cells and have previously been used by to study a range of chronic and acute lung diseases.

For coronavirus research, CReM scientists leveraged their organoid expertise to grow AT2s cells, the type of cell that lines the inside of lungs. According to the team, these alveolar cells are usually difficult to grow and maintain in traditional culture and difficult to extract directly from patients for research purposes, the reason why other, more readily available cell types (eg, the primate kidney cells) are used more often.

The CReM team then placed the human air sac cells into an experimental model they had previously developed to study the effects of smoking cigarettes, where the cells are plated on a mesh membrane. On one side the cells are exposed to air, on the other side of the membrane, the cells are fed by a liquid concoction that mimics the nutrients and growth factors supplied by lungs’ blood vessel network.

From there, Hume added droplets of live SARS-CoV-2 onto the top of the lung cells, infecting them from the air side of the membrane, similar to the way the virus infects cells as we breathe.

Using their findings, the researchers are now collaborating with others to screen libraries of drugs and novel chemical compounds to identify a potential therapeutic to block the inflammatory NF-κB pathway.

The team have already shown with their lung model that existing drugs remdesivir and camostat are effective in combating the virus, though neither was shown to be a perfect fix for controlling the inflammation unleashed by NF-κB. Remdesivir, a broad-use antiviral, has already been used clinically in coronavirus patients. Camostat is an antiviral and cancer drug sometimes used to treat pancreatitis, which Kotton is a good candidate for clinical trials based on their results.