Age may be a primary determinant of melanoma treatment resistance

Scientists have shown that age may cause genetically identical melanoma skin cancer cells to respond differently to treatment, making age a primary factor in treatment response. 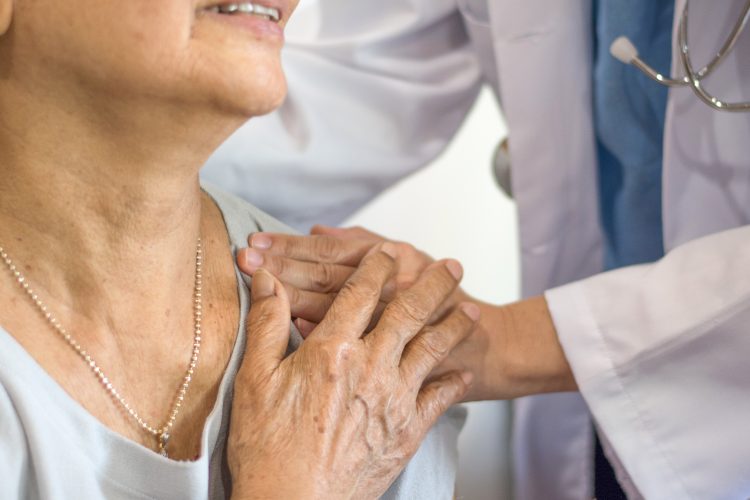 Cancer is a disease associated with aging: 60 percent of cases and 70 percent of deaths due to the disease occur in people over age 65. In two new studies, researchers reveal new mechanisms common in aging that contribute to melanoma spread and resistance to treatment.

In the first study, published in Cancer Discovery, study senior author Dr Ashani Weeraratna, first author Dr Gretchen Alicea and collaborators combined fibroblasts – cells that generate connective tissue and allow the skin to recover from injury – from people age 25 to 35 or 55 to 65 with lab-created artificial skin and melanoma cells.

The researchers observed that cells in culture with the aged fibroblasts consistently upregulated a fatty acid transporter known as FATP2 and had increased uptake of fatty acids from the microenvironment in and around the tumour. When exposed to anti-cancer drugs, the melanoma cells with upregulated fatty acid transport resisted cell death, but this rarely occurred in the cells cultured with young fibroblasts, according to the team.

“Taking up a lot of fat protects melanoma cells during therapy,” explained Weeraratna, the E.V. McCollum Professor and chair of the Department of Biochemistry and Molecular Biology at the Bloomberg School of Public Health, a Bloomberg Distinguished Professor (cancer biology), a professor of oncology and co-director of the cancer invasion and metastasis program at the Kimmel Cancer Center.

Their work build off a previous study which showed that therapies targeting the BRAF oncogene were less effective in reducing melanoma growth in aged mice. This finding was corroborated with a study of patient responses to the BRAF inhibitor, which found that complete responses occurred most frequently in patients under age 55.

In the newer study, Weeraratna and collaborators used newer-generation BRAF inhibitors and also assessed the impact of simultaneously depleting FATP2.

In older mice, the BRAF-targeted therapy alone worked initially, reducing tumour volume, but tumours returned in 10 to 15 days. However, when they added an FATP2 inhibitor to the targeted therapy, the tumours disappeared and did not recur during the 60-day period they were monitored.

“Age was the clear driver,” says Alicea. “In young models, melanoma cells responded to targeted therapy initially and targeting FATP2 had no further impact. In aged models, melanoma cells did not respond to targeted therapy until we depleted FATP2 and then the response was dramatic. When FATP2 was depleted, in all of the aged models, tumours regressed in size completely and did not start to grow back for over two months, a significant amount of time in a mouse experiment.”

Weeraratna said the next step following this study is the development of an FATP2 inhibitor that, once proved to be effective, could be given in combination with targeted therapies to improve treatment responses, particularly for older patients.

In the Clinical Cancer Research study, Weeraratna, Dr Mitchell Fane and colleagues evaluated patient responses to the anti-angiogenesis drug Avastin. Angiogenesis is the formation of new blood vessels. The process is upregulated by tumours – once they reach a certain size – to ensure the cancer has enough oxygen and nutrients to support its continuous cell divisions and growth. This same blood supply also transports cancer cells to other parts of the body to seed metastasis. Anti-angiogenesis drugs prevent the formation of new blood vessels and therefore starve cancers of nutrients and gas exchange through the blood supply.

The researchers took data from another study, in which 1,343 patients with melanoma received Avastin after surgery, and broke down responses to the drug by age.

Weeraratna said they expected that Avastin would have a greater effect on older patients than younger patients, as angiogenesis increases with age. However, they were surprised to discover that the opposite was true; patients age 45+ had virtually no benefit from Avastin and patients under 45 had longer progression-free survival.

Avastin blocks the angiogenesis-promoting gene VEGF, so to understand the perplexing finding Weeraratna and the team studied age-stratified melanoma samples from the Cancer Genome Atlas database to see what role VEGF was playing in the cancers of younger and older patients. The team found that the expression of both VEGF and its associated receptors was significantly decreased among aged patients. In patients age 55+ another protein, called sFRP2, was driving angiogenesis.

“Older patients have more angiogenesis, which helps cancer spread, but it is driven by sFRP2, not VEGF,” said Fane, a postdoctoral fellow at the Johns Hopkins Bloomberg School of Public Health and co-lead author of the study.

The researchers plan to study antibodies that block sFRP2 as a potential treatment for patients over age 55 who do not respond to Avastin.

Weeraratna concluded that both studies make it clear that age is a parameter that must be considered when developing experiments and clinical trials: “Cancer treatment is not one-size-fits-all. Our research shows that younger patients can have very different responses to treatment than older patients. Recognising that the age of a patient can affect response to treatment is critical to providing the best care for all patients.”