The non-human primate model exhibited a COVID-19-like disease and showed how symptoms and viral activity change over the course of SARS-CoV-2 infection. 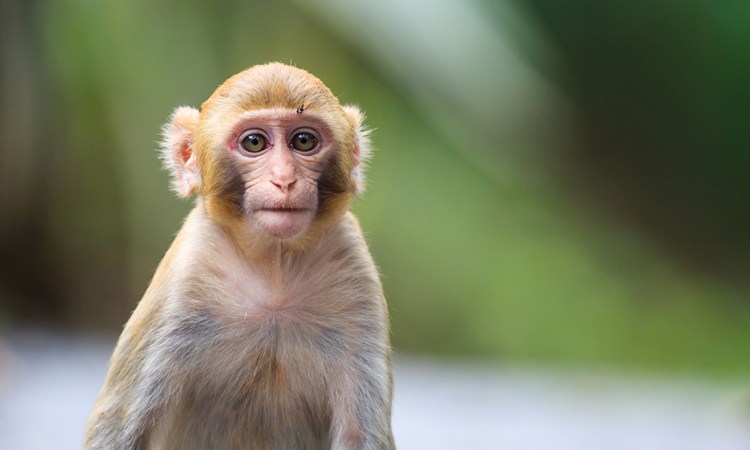 Researchers have developed a non-human primate model with which they identified key features of SARS-CoV-2 infection. The team suggests both the model and their study findings could have implications for the development of vaccines and treatments for COVID-19, the disease caused by SARS-CoV-2.

According to the research team at the Korea Research Institute of Bioscience and Biotechnology (KRIBB) National Primate Research Center, they began work on developing a non-human primate model of SARS-CoV-2 infection in February 2020. The macaque model used in their study is the fourth to be developed worldwide (following those in China, the Netherlands and the US).

The scientists, led by Dr Jung Joo Hong, infected the macaques with SARS-CoV-2 and found that the virus multiplies rapidly in the upper and lower respiratory tracts of the primates for two days after infection. Subsequently, the viral load decreases quickly until viral activity cannot be detected seven days after infection. The team suggest this finding could be important in explaining some of the diagnostic challenges associated with COVID-19, including false positive reverse transcriptase polymerase chain reaction (RT-PCR) test outcomes, ie, a positive result for an asymptomatic person.

In their study the team also observed that the infection caused vascular abnormalities including vascular inflammation and interstitial pneumonia with endotheliitis. The endotheliitis persisted for three days after the infection was cleared. They also found that all the macaques had a significant loss of total lymphocytes (lymphopenia) during infection, which were restored over time.

The researchers concluded that their new model, which exhibited COVID-19-like disease in response to SARS-CoV-2 infection, could be used to investigate the interaction between SARS-CoV-2 and the immune system and to test therapeutic strategies in future.

This study was featured on the cover of The Journal of Infectious Diseases.