Researchers say their new process enables the synthesis of phenazinones, some of which have high selective toxicity for cancer cells and could be promising anticancer drugs in future. 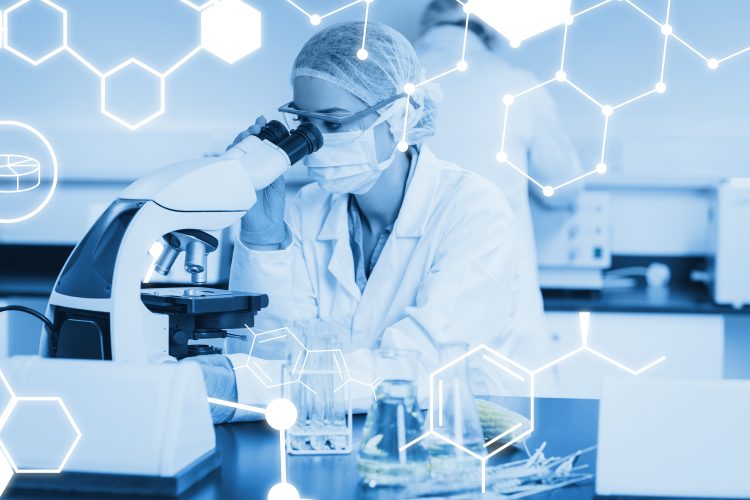 Despite the collective research effort, a cure for cancer has not yet been reached. This is particularly concerning since cancer is now the second leading cause of death globally, accounting for one in six lives lost.

In their attempts to find a cure for cancer, a group of scientists from the Tokyo University of Science, led by Professor Kouji Kuramochi, turned to a specific set of organic compounds called phenazines. One small group of these nitrogen-containing heterocycles (compounds with a ring structure composed of at least two different elements), called N-alkylphenazin-1-ones (phenazinones) are known to have antibacterial, antifungal and cytotoxic activities. Cytotoxic compounds cause the death of cells; therefore, it is hoped that if they are directed at cancer, they may be able to eliminate tumours.

“Pyocyanin, lavanducyanin, lavanducyanin-derived WS-9659 A, WS-9659 B, and marinocyanins A and B, all different types of phenazines, show cytotoxic activity against cancer cells. However, these compounds are difficult to derive from their natural sources such as bacteria,” said Professor Kuramochi.

In order to harness these phenazinones, the researchers experimented with how to synthesise them. By performing “halogenation” (the process of adding halogens like chlorine and bromine) and “oxidative condensation” (or addition of an oxidant and a water molecule) on various compounds the team were able to efficiently and selectively synthesise N-alkyl-2-halophenazin-1-ones. One of these compounds, 2-chloropyocyanin, exhibited high cytotoxicity toward the lung cancer cells. 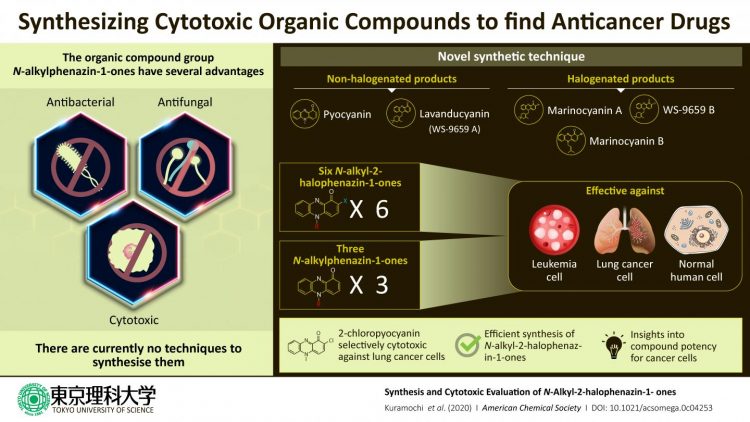 The researchers said their synthetic method overcomes one of the main drawbacks of the traditional chlorination technique to produce N-alkylphenazin-1-ones: that it forms undesirable products. With their new approach the team revealed they were able to synthetically produce WS-9659 B for the first time.

Professor Kuramochi and team said they look forward to verifying the effects of their synthesised phenazinones in animal studies and clinical trials, some of which he suggested are four times more selectively toxic to cancer cells than normal cells so should have fewer side effects.

He also said that their discovery could be applied to the synthesis of many other natural products and is also environmentally friendly, because the oxidative coupling reaction proceeds only with oxygen.

Their findings were published in American Chemical Society Omega.