A team has developed 10 new versions of the antibiotic gramicidin A, which they say should be safe for use in pills or injections. 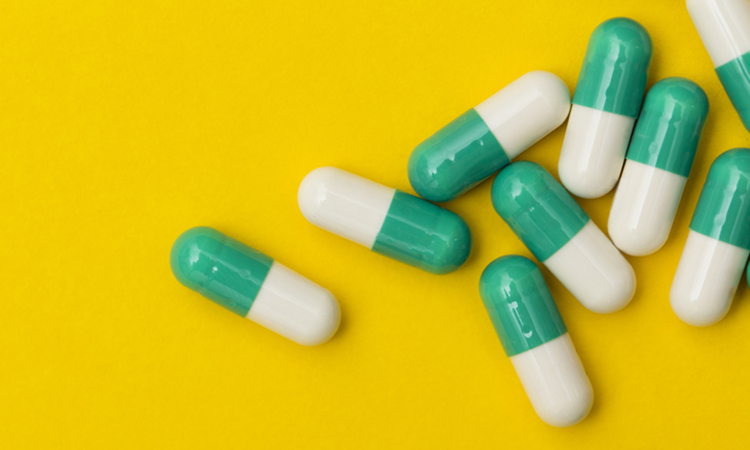 A new approach has been utilised by scientists to transform gramicidin A, one of the world’s oldest antibiotics, into versions that – in preliminary lab tests – appear to be safer, stronger drugs. The research was conducted at the University of Tokyo, Japan.

Gramicidin A was originally discovered in soil bacteria and became the first commercially manufactured antibiotic in the early 1940s. It is prescribed today as a topical cream or drops, but it cannot be used as a pill or injection. Gramicidin A kills bacteria by punching itself through the cell membrane, allowing the cell to leak out and the surroundings to leak in through ion channels. However, these unregulated ion channels can have the same effect on human cells when gramicidin A is used inside the body.

About 350 artificial analogues of gramicidin A have been developed over the past 80 years, all of which have properties similar to the original and thus cannot be used in humans.

Now, the team designed and analysed over 4,000 gramicidin A artificial analogues, identifying those which are safe for humans.

According to the researchers, gramicidin A is a spiral of 15 amino acids, the building blocks of peptides, which are short proteins. They strategically selected six of those amino acids that could be altered without losing essential aspects of gramicidin A’s normal structure. Each of those six amino acids could be exchanged with four different amino acids to change how the peptide bonds together, leading to a total of 4,096 variations. 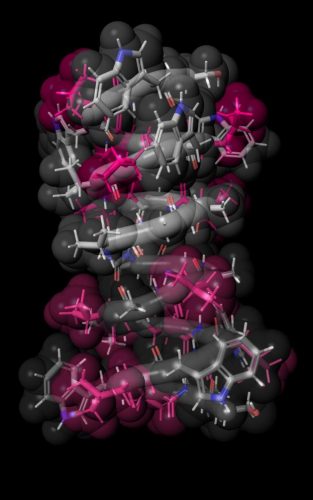 Pink colour highlights the locations of six amino acids that were altered in the synthesised versions of the gramicidin A molecule. A team from the University of Tokyo Department of Pharmaceutical Sciences has designed and analysed over 4,000 gramicidin A artificial analogues [credit: Hiroaki Itoh, first published in Nature Communications].

The one-bead-one-compound synthesis technique begins with small glass beads serving as the foundation to attach the first amino acid. The researchers built the peptide by attaching more amino acids one at a time. Whenever they reached the point of an amino acid variation, they split the beads into equal portions corresponding to the different amino acids, then remix the beads and continue building the peptide.

After completing their synthesis, the team placed each bead into its own container and analysed the function of their new versions of gramicidin A.

The researchers began testing their new versions of gramicidin A for activity against the common bacterial infection streptococcus. The strongest performers were then assessed for their potential ability to not indiscriminately kill human cells by testing their reactions with rabbit blood cells and mouse leukaemia cells.