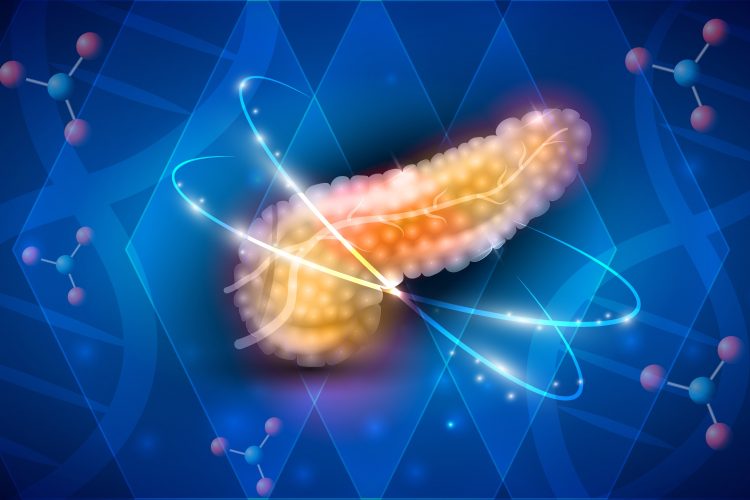 A new study suggests that reducing the expression of cadherin 11 (CDH11) can prevent the growth of pancreatic cancers.

Pancreatic cancer is one of the top ten causes of cancer-related death worldwide and on track to become the second leading cause of cancer death in the US, according to the American Cancer Society. Pancreatic Cancer UK reports that only 24 percent of patients live more than a year after diagnosis, with only seven percent living five years. This is because the therapies currently approved for this cancer are poorly effective and extend survival by only a few months, as a result, there is an urgent need to identify potential targets for pancreatic cancer and use these to develop novel therapeutics.

According to researchers, one of the hallmarks of pancreatic ductal adenocarcinomas (PDAC) – the most common pancreatic cancer – is the build-up of fibrotic scar tissue and an abundance of cancer-associated fibroblasts (CAFs) in the tumour stroma.

While CAFs may be responsible for triggering fibrosis, studies have shown that simply depleting them is as likely to promote the growth of pancreatic cancer as it is to inhibit it. Instead of directly depleting the numbers of CAFs, a research team led by scientists at Georgetown Lombardi Comprehensive Cancer Center, US, investigated strategies to disrupt interactions between CAFs, the immune system and pancreatic cancer cells. They particularly focused on the adhesion molecule CDH11, which has been associated with other fibrotic disorders and is expressed by activated fibroblasts.

Dr Ivana Peran, a research instructor of oncology at Georgetown Lombardi, explained: “We hypothesised that if we can alter the microenvironment where cross-talk between the fibroblasts, immune cells and cancer cells happens, then we can cause just enough disruption to push back tumour growth.”

This hypothesis turned out to be correct, as knocking out CDH11 in the CAFs of mice with pancreatic cancer reduced the growth of the tumours and simultaneously increased the response of the cancer to a chemotherapeutic agent (gemcitabine). The researchers also reported that the tumour microenvironment was less immunosuppressive in mice with no CDH11. The same was true in mice that received a small molecule inhibitor of CDH11, called SD133. In both cases, suppression of CDH11 expression significantly increased the survival time of mice with pancreatic cancer.

Dr Stephen Byers, also a professor of oncology at Georgetown Lombardi, concluded that they have identified a drug that can inhibit CDH11, and therefore the growth of pancreatic tumours, “this finding warrants study in human clinical trials for people with pancreatic cancer whose tumours express CDH11.”

The study was published in Gastroenterology.