Researchers have developed a new technique that that could one day enable us to grow fully functional human organs in the laboratory. 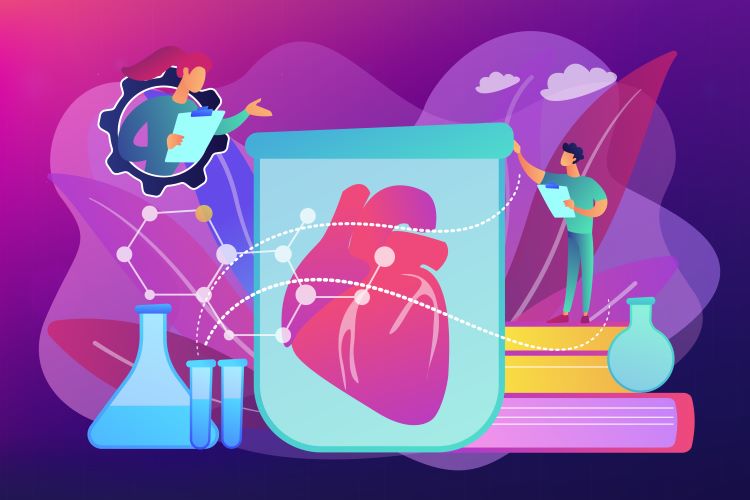 Thus far, laboratory-grown organ replacements have only existed in science fiction because scientists have struggled to organise cells into the complex three-dimensional (3D) arrangements achieved by nature.

Researchers say that to successfully grow organs and tissues there must be a biologically compatible 3D scaffold which contains all the biochemical messages in the correct configuration to trigger the formation of the desired organ or tissue.

In a new study, University of Washington (UW), US, scientists took a step towards this goal, when they devised a method to modify naturally occurring biological polymers with protein-based biochemical messages that affect cell behaviour. In their study, published in PNAS, they use a near-infrared laser to trigger chemical adhesion of protein messages to a scaffold made from biological polymers such as collagen, a connective tissue found throughout our bodies.

Mammalian cells responded as expected to the adhered protein signals within the 3D scaffold, said senior author Cole DeForest, a UW associate professor of chemical and bioengineering and a faculty member of the UW Molecular Engineering and Sciences Institute and the UW Institute for Stem Cell and Regenerative Medicine. The proteins on these biological scaffolds triggered changes to the messaging pathways within the cells that affect cell growth, signalling and other behaviours.

DeForest added that these methods could form the basis of biologically based scaffolds that might one day make functional laboratory-grown tissues a reality.

Their method is a first for the field, spatially controlling cell function inside naturally occurring biological materials, as opposed to those that are synthetically derived. Several research groups, including DeForest’s, have developed light-based methods to modify synthetic scaffolds with protein signals; however, natural biological polymers can be a more attractive scaffold for tissue engineering because they innately possess biochemical characteristics that cells rely on for structure, communication and other purposes.

“A natural biomaterial like collagen inherently includes many of the same signalling cues as those found in native tissue,” said DeForest. “In many cases, these types of materials keep cells ‘happier’ by providing them with similar signals to those they would encounter in the body.” 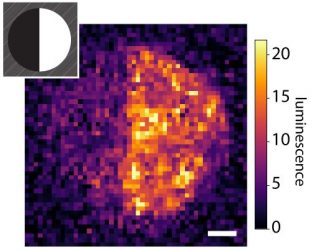 In their study they worked with two biological polymers: collagen and fibrin, a protein involved in blood clotting. They assembled each into fluid-filled scaffolds called hydrogels.

They used the binding of two chemical groups, alkoxyamines and aldehydes, to attach the proteins.

The tethered proteins were fully functional and delivered the desired signals to cells. For instance, when rat liver cells were loaded onto collagen hydrogels bearing epidermal growth factor (EGF), proteins that promotes cell growth, the cells showed signs of DNA replication and cell division. In a separate experiment, the researchers decorated a fibrin hydrogel with patterns of a protein called Delta-1, which activates Notch signalling. When they introduced human bone cancer cells into the hydrogel, cells in the Delta-1-patterned regions activated Notch signalling, while cells in areas without Delta-1 did not.

DeForest said that their experiments, which used multiple biological scaffolds and protein signals, indicate that their approach could work for almost any type of protein signal and biomaterial system.

“Now we can start to create hydrogel scaffolds with many different signals, utilising our understanding of cell signalling in response to specific protein combinations to modulate critical biological function in time and space,” he added. With more-complex signals loaded on to hydrogels, DeForest said scientists could then try to control processes like stem cell differentiation.