Researchers have used heat to develop a new way to bioengineer cells that grow a certain way and bioprint 3D tissues. 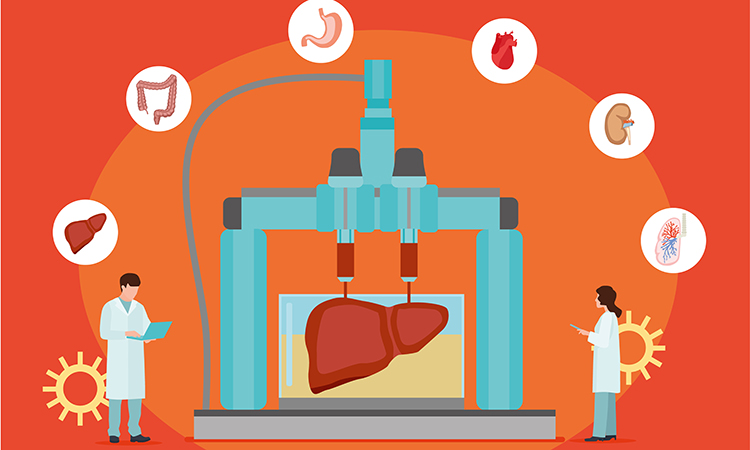 Bioengineers have devised a new bioprinting technology to remotely control the positioning and timing of cell functions to build three-dimensional (3D), artificial, living tissues. The research was conducted by scientists as the University of Washington Health Sciences and Rice University, both US.

The two labs are collaborating to develop bioprinted, organ-like tissues, such as liver and lung constructs.

The researchers created a thermofluidic technology that generates patterns that imitate the genetic profiles found in human livers, by designing the 3D-printed fluid systems to supply penetrating heat. The energy from these systems allows the researchers to manipulate the genetic wiring of cells deep inside artificial tissues, so the technology uses the thermal patterns to trigger gene expression. The transfer of warmth from printed networks within the tissues activates the embedded cells’ transgenes, which are heat-inducible.

The researchers call their technology Heat Exchangers for Actuation of Transcription (HEAT). The pathways that they activated in this project are certain so-called Wnt signalling networks that are important for regulating the development, maintenance and regeneration of body tissues. 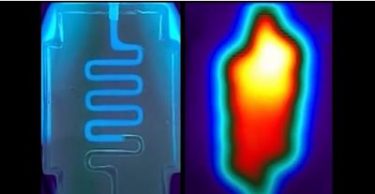 A serpentine hydrogel channel infused with tonic water fluoresces under ultraviolet light (left) and an infrared tomography of a heat-perfused hydrogel shows that heat traces the path of fluid flow and dissipates into the bulk hydrogel [credit: Daniel Corbett].

The researchers said that, while their reported findings show the potential of HEAT, they encountered limitations in fully controlling the heat transfer of their first-generation system in space and time. They believe design modifications might overcome some of the present limitations. This approach could also be coupled with other progress in tissue engineering.

These manipulations could reveal how genetic patterning inside different cells drives the segregation of tissues and various liver functions. The researchers say this knowledge could, in the future, not only suggest ideas for sculpting new, working organs from stem cells, but also for remotely managing implanted organ tissues to achieve a desired therapeutic response.