Researchers have found that mutations in SARS-CoV-2 T cell epitopes enable the virus to evade the immune response of killer T cells. 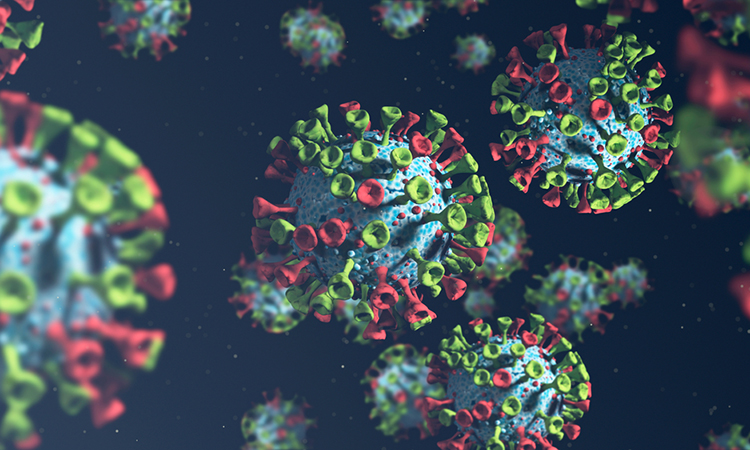 New research has shown that SARS-CoV-2 can make itself unrecognisable to the body’s immune response by killer T cells through mutations. The study was conducted at the CeMM Research Center for Molecular Medicine of the Austrian Academy of Sciences and the Medical University of Vienna.

According to the researchers, antibodies and killer T cells (also called cytotoxic CD8 T cells) play central roles in the immune response. While antibodies dock directly onto viruses to render them harmless, killer T cells recognise viral protein fragments on infected cells and subsequently kill them to stop virus production. Increasing numbers of studies show that SARS-CoV-2 can evade the antibody immune response through mutations and thus also impair the effectiveness of vaccines. Whether such mutations also affect killer T cells in their function had not been clarified so far.

The team investigated the effect of viral mutations in T cell epitopes. For this purpose, they sequenced 750 SARS-CoV-2 viral genomes from infected individuals and analysed mutations for their potential to alter T cell epitopes.

“Our results show that many mutations in SARS-CoV-2 are indeed capable of doing this. With the help of bioinformatic and biochemical investigations as well as laboratory experiments with blood cells from COVID-19 patients, we were able to show that mutated viruses can no longer be recognised by killer T cells in these regions,” said Andreas Bergthaler (CeMM), one of the lead researchers.

The researchers say that most of the current vaccines against SARS-CoV-2 are directed exclusively against the Spike (S) protein, which is one of 26 virus proteins. This also reduces the number of epitopes that are available for recognition by killer T cells.

“The S protein has, on average, one to six of these T cell epitopes in an infected person. If the virus mutates in one of these regions, the risk that the infected cells will not be recognised by the killer T cells increases,” explained Johannes Hupp, another of the lead researchers from the Medical University of Vienna.

“Especially for the further development of vaccines, we therefore have to keep a close eye on how the virus mutates and which mutations prevail globally. Currently, we see few indications that mutations in killer T cell epitopes are increasingly spreading,” said Judith Aberle, another lead researcher from the Medical University of Vienna.

The study authors see no reason in their data to believe that SARS-CoV-2 can completely evade the human immune response. However, they suggest that these results provide important insights into how SARS-CoV-2 interacts with the immune system.

“Furthermore, this knowledge helps to develop more effective vaccines with the potential to activate as many killer T cells as possible via a variety of epitopes. The goal are vaccines that trigger neutralising antibody and killer T cell responses for the broadest possible protection,” the study authors say.