A drug called topotecan (TPT) was administered to mice up to four days after COVID-19 infection, reducing inflammation and morbidity. 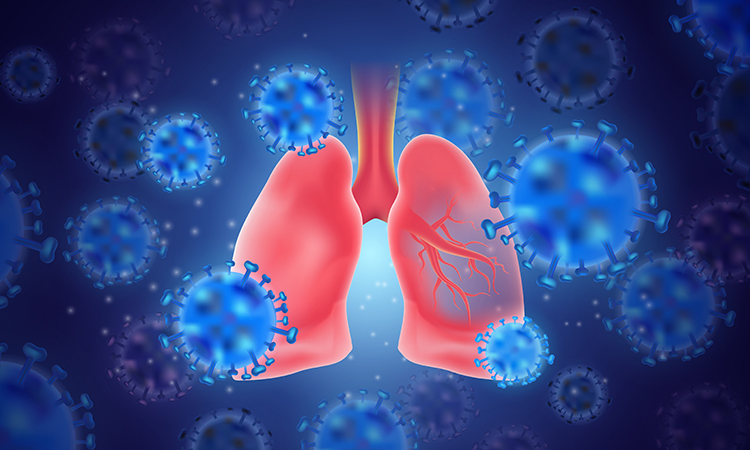 Researchers have found that a widely available and inexpensive drug called topotecan (TPT), which targets inflammatory genes, reduced morbidity and mortality in mice infected with SARS-CoV-2, the virus that causes COVID-19. The study was conducted at the Mount Sinai Hospital and Mount Sinai School of Medicine, both US, alongside collaborators.

“So far, in pre-clinical models of SARS-CoV-2, there are no therapies – either antiviral, antibody or plasma – shown to reduce the SARS-CoV-2 disease burden when administered after more than one day post-infection,” said senior author Associate Professor Ivan Marazzi. “This is a huge problem because people who have severe COVID-19 and get hospitalised often do not present symptoms until many days after infection. We took a different approach and sought to find a potential therapy that can be used during later stages of the disease. We found that Topoisomerase I (TOP1) inhibitors given days after the infection can still limit the expression of hyper-inflammatory genes in the lungs of infected animals and improve infection outcomes.”

The team report that topotecan (TPT) inhibited the expression of inflammatory genes in the lungs of mice as late as four days after infection, a finding with potential implications for treatment of humans.

Moreover, topotecan (TPT), a US Food and Drug Administration (FDA)-approved TOP1 inhibitor, as well as its derivatives, are inexpensive clinical-grade inhibitors available in most countries around the world for use as antibiotic and anticancer agents. The study shows how this epigenetic therapy could be harnessed against severe cases of COVID-19.

According to the team, scientists have observed that the virus triggers excess production of cytokines and chemokines. An exaggerated immune system response, which characteristically occurs in the lungs of COVID-19 patients, can flood the infected area with white blood cells, resulting in inflammation, possible tissue damage, organ failure and death. Reduction of the inflammatory state in such patients could therefore improve their clinical outcomes.

The team’s research also suggests that many other anti-inflammatory agents are less effective against COVID-19 because they target only a single inflammatory mediator, such as IL6 or IL1, or a specific gene expression programme.

“The fact is, a multitude of inflammatory genes and signalling pathways are dysregulated during a SARS-CoV-2 infection,” explained lead author Dr Jessica Sook Yuin Ho, one of the researchers. “We demonstrated that TOP1 inhibitors were able to broadly or systemically dampen inflammatory gene expression in animal models, regardless of the gene or activation pathway.”

Co-author Dr Mikhail Spivakov, from the Medical Research Council (MRC) London Institute of Medical Sciences, UK, added: “We found that infection prompts extensive changes in the three-dimensional (3D) connections between inflammatory genes and the ‘molecular switch’ regions that control their expression. This may partially explain why inhibiting topoisomerase, a protein that helps reshape DNA, helps dampen the cells’ hyper-inflammatory response.”

“Findings from our work suggest that repurposing the TOP1 inhibitor could be a valuable global strategy for treating severe cases of COVID-19,” emphasised Marazzi. “Particularly attractive is the fact that TPT is already FDA-approved and that its derivatives are inexpensive, with generic formulations existing throughout the world. This makes these drugs readily accessible and available for immediate use in both developing and developed countries across the world.”