A combination of checkpoint and small molecule inhibitors showed success at targeting Myc oncogenes in mouse neuroblastoma and melanoma models. 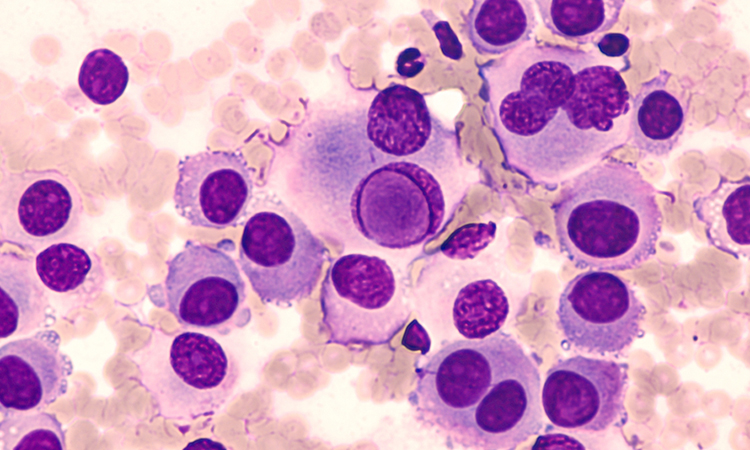 A personalised tumour cell vaccine strategy targeting Myc oncogenes combined with checkpoint therapy creates an effective immune response that bypasses antigen selection and immune privilege, according to a pre-clinical study for neuroblastoma and melanoma. The researchers, from Children’s National Hospital, US, found that a neuroblastoma model demonstrated a 75 percent cure with long-term survival.

According to the researchers, Myc is a family of regulator genes and proto-oncogenes that help manage cell growth and differentiation in the body. When Myc mutates to an oncogene, it can promote cancer cell growth; Myc oncogenes are deregulated in 70 percent of all human cancers. Myc mutations, like the amplification of c-MYC and MYCN, are associated with host immune suppression in melanoma and neuroblastoma tumours, the team say.

“Paradoxically, from an immunotherapeutic perspective, a lack of an immune response may offer an opportunity to target those tumours [melanoma and neuroblastoma] that would be less resistant to host immunity assuming potent cellular immunity can be generated against the tumour,” said lead author Xiaofang Wu.

To understand the exact role of c-Myc and MYCN amplification and their association with immune suppression, the researchers examined 21 human neuroblastoma samples – the majority with metastatic disease – and 324 melanoma samples where only 30 were categorised as MYC amplified. Based on the oncogene’s capability to suppress the immune response, the researchers combined checkpoint inhibitors with pharmacologic small molecule inhibitors – I-BET726 and JQ1 – to target Myc oncogenes in mouse neuroblastoma and melanoma models. They also tested for the effects of different doses, drug combinations and incubation times on tumour cell proliferation, differentiation and gene alteration.

The findings from the study suggest that I-BET726 and JQ1 suppress Myc’s uncontrolled cellular proliferation and enhance the immune response against tumour cells themselves, enabling their use as a tumour cell vaccine.

“The work is pre-clinical and although we have seen excellent responses in these models, we need to determine whether this will also be effective in humans,” said Wu. “For this purpose we have started laboratory testing in human cells. Our eventual hope is to translate these basic science findings to clinical application.”

The researchers cautioned that both models induced potent immunity but draw different results, which means that this novel therapeutic vaccine is more effective in the mouse neuroblastoma model than in the melanoma model. The neuroblastoma model resulted in a remarkable 75 percent cure and significantly improved long-term survival despite a larger initial tumour challenge.

“In contrast, the melanoma tumour gained adaptive resistance that is associated with an imbalance between tumour cell growth and cytotoxic killing and thus the vaccine failed to eradicate the tumour,” said Wu. “Despite potent immune effects from the vaccine, other immunosuppressive molecules will need to be targeted to see the full effects of the vaccine protocol in the melanoma model.”

The study was published in The Journal for Immunotherapy of Cancer.