A new study in cell cultures has shown that the sanguinarine plant compound could be used to treat people with triple-negative breast cancer. 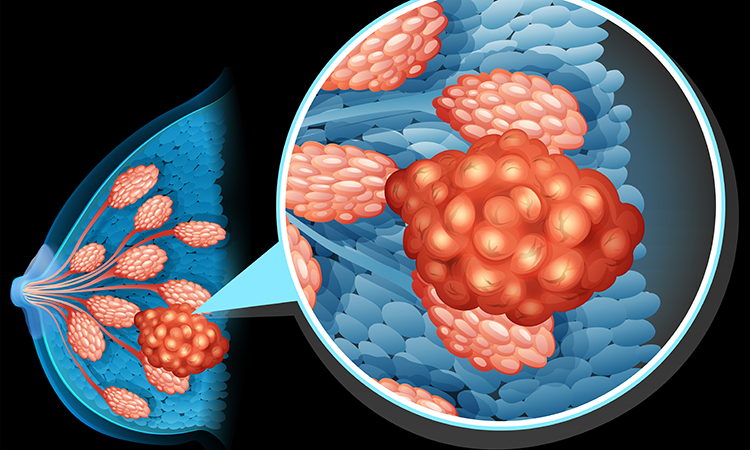 Findings from a new cell study suggest that the natural plant compound sanguinarine could be a promising tool for targeting triple-negative breast cancer cells. The researchers, from Florida Agricultural and Mechanical University, US, also found that breast cancer cells derived from people with African American ancestry were more sensitive to sanguinarine than those of European origin.

“Triple-negative breast cancer is especially aggressive in African American women, who are also more likely to develop this type of breast cancer than women of European descent,” said Dr Samia Messeha, lead researcher from the study. “There is intense interest in finding new therapeutic strategies to fight this cancer.”

According to the team, about 10-20 percent of breast cancers are triple-negative, which means the cancer lacks – or is negative for – receptors for oestrogen or progesterone and does not make excess amounts of a protein called HER2. The absence of hormone receptors means these tumours do not respond to the hormone-based therapies used for other types of breast cancer.

Sanguinarine, a natural compound found in bloodroot and other medicinal plants, has been shown to have antibacterial, anti-inflammatory and anticancer effects. To better understand the mechanisms involved in the compound’s anticancer effects, the researchers used sanguinarine to treat two groups of triple-negative breast cancer cells – one derived from women with African American ancestry and the other from women of European origin.

Although both groups of cancer cells showed reduced cell viability and growth when treated with sanguinarine, the researchers observed more pronounced effects for the cells derived from women with African American ancestry. The researchers also found that the treatment activated different genes in each group of cells, which could help explain why some patients do not respond to certain therapies.

“Our findings suggest that sanguinarine could have therapeutic potential for patients with triple-negative breast cancer, particularly African American women with the disease,” said Messeha.

The researchers plan to investigate sanguinarine’s effects in more triple-negative breast cancer cell lines and study the effects of sanguinarine in combination with common drugs used to treat this cancer.

The research will be presented at the American Society for Investigative Pathology annual meeting during the virtual Experimental Biology (EB) 2021 meeting.