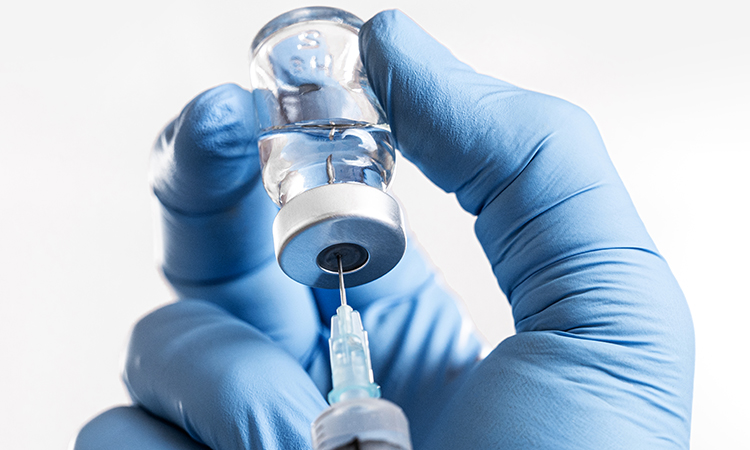 An experimental flu vaccine formulated with nanoparticles has proven effective in pre-clinical studies. The vaccine was developed at the University of Buffalo, US.

“The results are very encouraging,” said the study’s senior author, Dr Jonathan Lovell. “Typically, flu vaccines contain either deactivated microbes that cause influenza or they are based on weakened forms of the disease. The vaccine we are developing is a recombinant protein nanoparticle vaccine that stimulates a strong immune response.”

Key to the vaccine’s success is a liposome the researchers created called cobalt-porphyrin-phospholipid (CoPoP). These tiny spherical sacs, small enough to be considered nanoparticles, form the backbone of the vaccine platform.

Alone, these liposomes do not fight disease, but they can spontaneously convert virus proteins that prompt immune responses into a more potent nanoparticle format.

“This conversion is advantageous because the dissolved proteins attach to the surface of the liposomes, where the proteins enhance the immune system’s response to disease,” said senior author Dr Matthew Miller, from McMaster University, Canada.

In the study, the researchers introduced a group of proteins known as haemagglutinin to the CoPop liposomes. They found that one particular haemagglutinin, known as trimeric H3 HA, triggered a strong immune response in mice.

“The nanoparticles carry the trimeric H3 HA to the body’s immune cells and they provoke those immune cells to respond more vigorously to the flu,” said lead author Dr Zachary Sia. 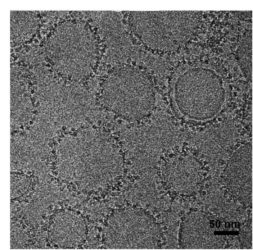 The circle-shaped objects in the image above are cobalt-porphyrin-phospholipid (CoPoP) nanoparticles decorated with flu proteins [credit: University at Buffalo].

Even with doses as low as two nanograms, the vaccine provided a similar level of protection that vaccines with doses typically measured in micrograms, or roughly 1,000 times more.

The results of the study are published in the Proceedings of the National Academy of Sciences.