In brain tissues, researchers have shown that two different nanosized polyoxoniobate molecules can inhibit the assembly of amyloid plaques. 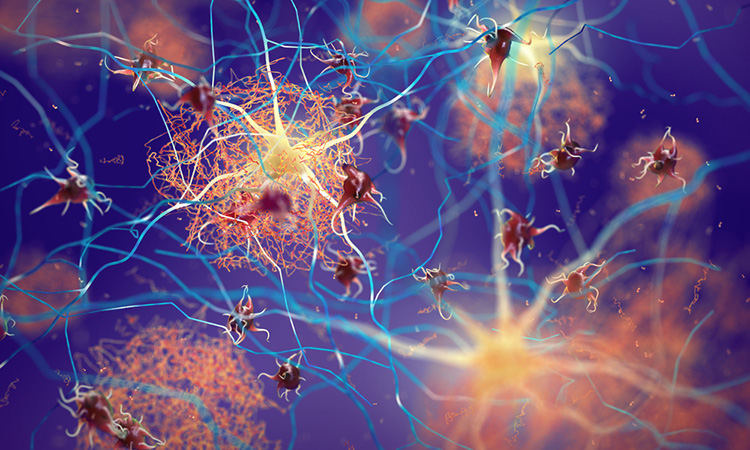 Researchers have found that particular nanosized molecules can inhibit the formation of plaque in brain tissues. This new discovery by researchers at Umeå University, Sweden, provides potential for novel treatments of neurodegenerative diseases such as Alzheimer’s and Parkinson’s disease.

“This is indeed a very important step that may form the basis of new and efficient treatments of neurodegenerative diseases in the future,” said Professor Ludmilla Morozova-Roche, one of the lead researchers.

According to the team, when proteins misfold they form insoluble fibrils called amyloids, which are involved in several serious diseases such as Alzheimer’s and Parkinson’s, Corino de Andrade’s and the mad cow disease. Amyloid aggregates kill neuronal cells and form amyloid plaques in the brain tissues.

Researchers in Umeå in Sweden, along with collaborators from Lithuania and Croatia, discovered that nanosized polyoxoniobate molecules, polyoxometalate ions with a negative charge containing the chemical element niobium, can hinder the amyloid formation of the pro-inflammatory protein S100A9. These molecules are also able to dissolve already pre-formed amyloids, which was proven using atomic force microscopy and fluorescence techniques in brain tissues.

“Further research is needed before we can safely say that functioning treatments can be derived from this, but the results so far have proven very promising,” said Morozova-Roche.

Illustration of how amyloid is dissolved by polyoxoniobate [credit: Himanshu Chaudhary].

The researchers have been working with two different polyoxoniobate molecules, Nb10 and TiNb9. Both were shown to inhibit SI00A9 amyloids by forming ionic interactions with the positively charged patches on the protein surface, critical for amyloid self-assembly. The polyoxoniobate molecules that have been studied are relatively chemically stable and water-soluble. The team conclude that the molecules therefore show promise for treating diseases such as Alzheimer’s.

“The inhibition and complete hindering of S100A9 amyloid pathways may be used in the therapeutic applications targeting the amyloid-neuroinflammatory cascade in neurodegenerative diseases,” the authors of the study write.

The study was published in ACS Applied Materials & Interfaces.