Researchers in Germany have identified 69 small molecules as binding partners for genomic RNA of SARS-CoV-2, possibly leading to new drugs. 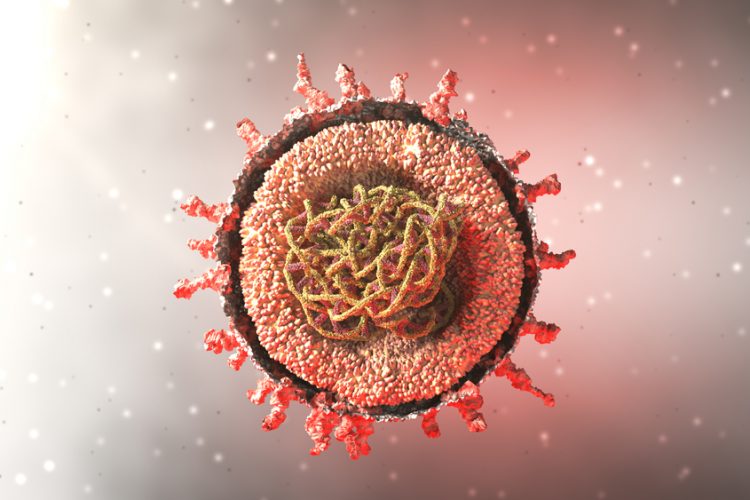 Researchers at Goethe University, Germany, have discovered 69 small molecules that can bind to RNA segments of SARS-CoV-2 which could stop or slow down viral replication. The team, who are part of the COVID-19-NMR consortium co-ordinated by Professor Harald Scwalbe, have thus completed an important first step in the development a new class of SARS-CoV-2 drugs.

Previously, researchers have mostly concentrated on viral proteins of the coronavirus and on blocking them as this seems to prevent, or at least slow down, replication. However, attacking the viral genome, a long RNA molecule, may also prevent or slow down replication.

The team identified 15 short segments of the SARS-CoV-2 genome that are very similar in various coronaviruses and are known to perform essential regulatory functions. In the course of 2020, these segments were very rarely affected by mutations. The researchers then let a substance library of 768 small, chemically simple molecules interact with the 15 RNA segments and analysed the result through nuclear magnetic resonance (NMR) spectroscopy. In NMR spectroscopy, the small molecules are first labelled with special types of atoms (stable isotopes) and then exposed to a strong magnetic field. The atomic nuclei are excited by means of a short radio frequency pulse and emit a frequency spectrum, through which it is possible to determine the RNA and protein structure and how and where small molecules bind.

This enabled the team to identify 69 small molecules that bound to 13 of the 15 RNA segments. “Three of the molecules even bind specifically to just one RNA segment,” said Schwalbe. “Through this, we are able to show that the SARS-CoV-2 RNA is highly suitable as a potential target structure for drugs. In view of the large number of SARS-CoV-2 mutations, such conservative RNA segments, like the ones we have identified, are particularly interesting for developing potential inhibitors. And since the viral RNA accounts for up to two thirds of all RNA in an infected cell, we should be able to disrupt viral replication on a considerable scale by using suitable molecules.”

Against this background, Schwalbe continued, the researchers have now already started follow-up trails with readily available substances that are chemically similar to the binding partners from the substance library of small molecules.

The findings were published in Angewandte Chemie International Edition.