A new high-resolution virtual microscopy technique enables the rapid visualisation of tissue, paving the way for histopathology analysis during surgery. 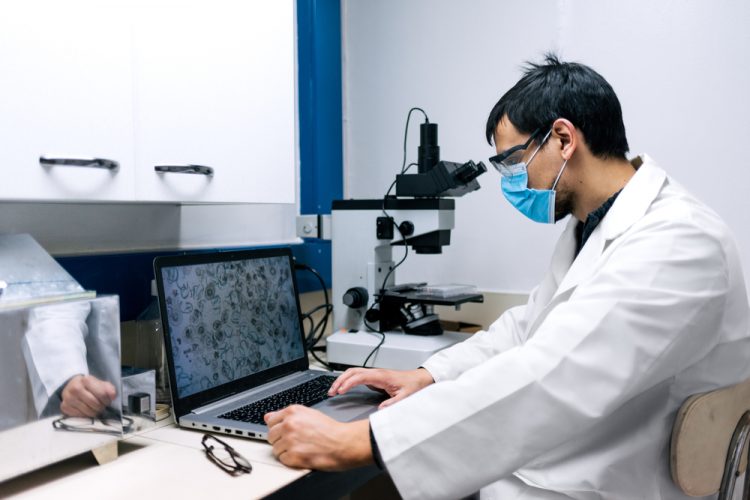 Researchers from the University of Alberta, Canada, have developed a way to produce high-resolution virtual microscopy images that allow detailed visualisation of tissue without time-consuming staining procedures. According to the team, this approach is an important step toward the ability to perform histopathology analysis during surgery, rather than waiting days for results.

The new imaging method, detailed in Optic Letters, builds upon the team’s previous work in which they successfully extracted cell nuclei information from tissue samples using ultraviolet light. However, replacing traditional histology with a virtual version requires a way to view both the cell nuclei and cytoplasm.

The researchers combined pulsed ultraviolet and non-pulsed near-infrared light. The combination provides images that contain details about both the cell cytoplasm and the cell nuclei, making it possible to produce high-resolution virtual histology images without requiring any staining. The approach also improves the resolution of cytoplasm images by a factor of five, which gives the cell nuclei and cytoplasm a uniform resolution in the virtual histology images.

Currently, using nanosecond-pulsed ultraviolet light to measure reflectivity at a single point on a sample is difficult. To overcome this issue, the researchers used a custom peak detector circuit that holds the peak value of the reflectivity measurement so that it can be adequately sampled. They also developed a colourmap matching algorithm that applies realistic colours to the virtual images, making it intuitive for surgeons to interpret the images in real time.

To demonstrate their technique, they compared virtual histology images of samples from human breast lumpectomy with traditional histology. The results showed that virtual H&E images of unstained tissues closely resembled true H&E-stained sections. They also assessed the preliminary diagnostic utility of the virtual approach by having a pathologist note diagnostic features of interest in the virtual images.

“The feedback we received from the pathologist was positive,” said co-author Matthew Martell. “If future validation studies are successful, we think that this approach could one day replace traditional histopathology in time-sensitive applications such as point-of-care biopsy analysis and cancer surgery.”