A new label-free technique has been developed for molecularly specific exosome biosensing in diagnostics and biomarker detection. 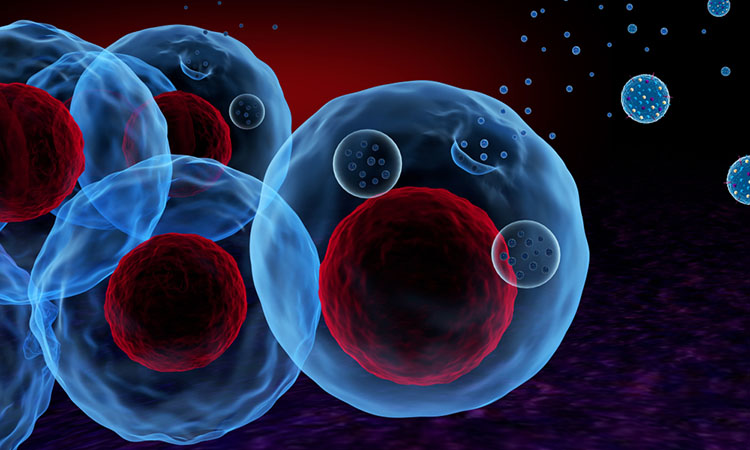 A researcher from the University of Houston Cullen College of Engineering, US, has developed radiatively coupled arrayed gold nanodisks on invisible substrate (AGNIS) as a label-free, cost-effective and high-performance platform for molecularly specific exosome biosensing. The AGNIS substrate has been fabricated by wafer-scale nanosphere lithography without the need for costly lithography.

According to the researcher, when it comes to cancer detection, traditional diagnostic imaging cannot detect tumours smaller than a certain size, causing missed opportunities for early detection and treatment. Circulating tumour exosomes are especially small cancer biomarkers and are easy to miss. These nanovesicles are composed of molecules that reflect the parental cells. However, because they are tiny (~30-150nm in diameter) and complex, the precise detection of exosome-carried biomarkers with molecular specificity has been elusive, until now.

“This work demonstrates, for the first time, that the strong synergy of arrayed radiative coupling and substrate undercut can enable high-performance biosensing in the visible light spectrum where high-quality, low-cost silicon detectors are readily available for point-of-care application,” said Professor Wei-Chuan Shih, the developer of the technique. “The result is a remarkable sensitivity improvement, with a refractive index sensitivity increase from 207 nm/RIU to 578 nm/RIU.”

Shih says that this allows fast screening of the surface proteins of exosomes for diagnostics and biomarker discovery. As an example, outlined in the paper published in IEEE Sensors journal, Shih has shown that multiple surface antigens (CD9, CD63 and CD81) were more plentiful in cancer-derived exosomes than those from normal cells.

Current exosome profiling relies primarily on DNA sequencing technology, fluorescent techniques such as flow cytometry or enzyme-linked immunosorbent assay (ELISA), which involves sophisticated sample preparation procedures and requires labelling and amplification, all processes that are labour-intensive and costly. Shih’s goal is to amplify the signal by developing the label-free technique.

“By decorating the gold nanodisks surface with different antibodies (eg, CD9, CD63 and CD81), label-free exosome profiling has shown increased expression of all three surface proteins in cancer-derived exosomes,” said Shih. “The sensitivity for detecting exosomes is within 112-600 (exosomes/μL), which would be sufficient in many clinical applications.”