This exclusive interview highlights some of Dr Arthur Suckow’s insights into how his team uses RNA therapies to treat rare diseases such as Charcot-Marie-Tooth 1A. 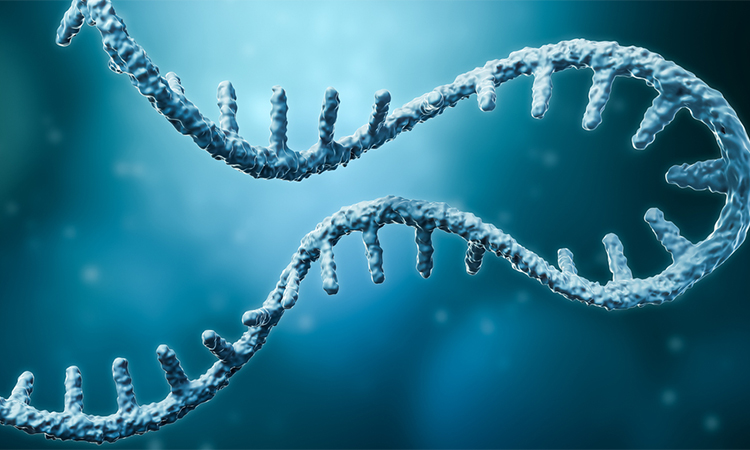 While RNA therapeutics have the potential to potently modulate disease causing genes to treat patients with serious disorders, delivery of this therapeutic class to tissues outside of the liver remains a challenge.  Oligonucleotide therapeutics, such as short interfering RNA (siRNA), are rapidly cleared by the kidneys before they can reach the diseased tissue, and the small amount that may reach the target tissue is not efficiently taken up by the target cells.

Ria Kakkad from Drug Target Review recently spoke to Dr Arthur Suckow, co-founder and CEO of DTx Pharma. The team are developing methods to conjugate fatty acids to siRNA to enhance both biodistribution and cellular uptake, enabling the delivery of this powerful therapeutic modality to tissues beyond the liver and expanding the number of diseases that can be treated.

DTx’s most advanced therapeutic programme focuses on CMT1A, a peripheral demyelinating neuropathy caused by a duplication in the PMP22 gene, leading to poor myelination of axons, muscle atrophy and significant disability.  Their lead candidate, is DTx-1252, which potently represses PMP22 gene expression and has shown striking efficacy in a mouse model that faithfully recapitulates the genetics, the nerve demyelination and functional deficits of the disease.

This exclusive interview highlights Suckow’s insights into his research and his future vision for RNA therapeutics.

What are some of the delivery challenges with RNA therapeutics?

Delivery is really the biggest obstacle limiting the expansion of RNAs as a therapeutic class. There are different types of RNA medicines, but we work on siRNAs, also known as silencing RNA or short interfering RNA, which are designed to inhibit the expression of disease-causing genes. The challenge, historically, has been two-fold.

Firstly, cells do not uptake siRNAs without some help. It does not matter what you do to the backbone of the RNA molecule— cells have been trained over billions of years to prevent invading RNAs from getting inside of the cell.

Secondly, when siRNAs are injected into the bloodstream, they are rapidly cleared by the kidney after a few minutes, well before they can get meaningful exposure to the target tissues, such as muscle  peripheral nervous system, heart, or skin. There are many genetic lesions that could be corrected if it were possible to get these drugs to these tissues.

How is your current research trying to overcome these challenges?

We chose fatty acids because they are a tried-and-true mechanism for enhancing biodistribution.   There are US Food and Drug Administration (FDA)-approved peptide drugs to treat diabetes, like Insulin detemir and insulin degludec, that leverage fatty acids for half-life extension. The way those drugs work is, in the absence of the fatty acid, the peptide would be cleared from the circulation in minutes just like with an siRNA.  However, by linking a fatty acid to the peptide drug the drug stays in the circulation for upwards of a week.  Similarly, when we inject our fatty-acid-conjugated siRNAs into the bloodstream, the fatty acids bind to circulating albumin, which protects the siRNA from being rapidly cleared by the kidney.  The result is we can get our siRNA molecules to last in the circulation for as long as a week following injection, eliminating the problem of siRNA’s being rapidly cleared by the kidney.  This provides more time for tissues affected by disease to get exposure to the siRNA, increasing the target tissues and genetic diseases we can treat.

Another reason we chose fatty acids is that every cell in the body has a mechanism to take up fatty acids.  By linking the siRNA to combinations of fatty acids, we can trick the cell into taking up the siRNA, enabling the siRNA to repress disease causing genes.  Therefore, by linking fatty acids to siRNA we can overcome both the biodistribution and cellular update barriers that have limited the use of this therapeutic modality.  We have applied this technology, which we call Fatty Acid Ligand Conjudated OligoNucleotides (FALCON), to repress gene expression in peripheral nervous system and neuromuscular disorders but believe other target tissues are within reach as well.

Can you tell me more about your lead candidate DTX-1252 to target genetically defined diseases?

DTX-1252 targets a peripheral demyelinating neuropathy disease called Charcot-Marie-Tooth 1A (CMT1A) disease. It Is driven by an extra copy of a gene called PMP22. CMT1A patients have three copies of PMP22 instead of two copies. This leads to demyelination of axons in the peripheral nervous system. Myelination is critical for efficient neurotransmission – sending signals out of the brain to the periphery such as the arms and legs.

One reason why we chose to research CMT1A is that there are no treatments in clinical development that address the underlying genetic lesion, so if we are successful, we will be the first to deliver a potentially transformative therapy for patients”

Patients who have too much of this gene has attenuated nerve function as a result of the demyelination, leading to muscle weakness and atrophy in their lower legs, which can cause difficulty lifting the foot (foot drop) and frequent falling.  Foot deformities, such as high arches and curled toes (hammertoes) are also common, causing additional challenges with balance, and leading many patients to have multiple painful surgeries to attempt to correct the defect.  Many people also develop contractures – the chronic shortening of muscles or tendons around the joints, which prevents the joints from moving freely.  Muscle cramping and nerve pain are common, and many individuals rely on foot, leg braces or other orthopaedic devices to maintain mobility.  In the hands, patients lose manual dexterity, with many patients eventually losing the ability to live independently.

With DTX-1252, we have been able to show that we can reverse CMT1A in the gold standard mouse models of the disease.  In particular, we have demonstrated our ability to potently repress PMP22, remyelinate axons, improve measures of nerve function to normal levels, and restore strength and agility in the CMT1A mice.  We have also developed an excellent data package showing that the technology translates to higher species like monkeys, which is always a critical inflection point for RNA therapeutics. Everyone wants to see that the technology is capable of being translated from a mouse to monkeys, and then ultimately to humans.

One reason why we chose to research CMT1A is that there are no treatments in clinical development that address the underlying genetic lesion, so if we are successful, we will be the first to deliver a potentially transformative therapy for patients.  In addition, we believe we can get early clinical data demonstrating that our drug is effective.  We can measure PMP22 levels in the skin to show that we can repress the target and, based on the rapid disease reversal we showed in mice within 12 weeks of treatment, we believe we can get early evidence of improvements in neurophysiologic measures as well as circulating and structural biomarkers that are highly correlated with disability.  If we can show meaningful improvements on these endpoints, it would be highly predictive of functional improvements and be an exciting milestone for the company  We plan to  get our research into the clinic in patients in 2023.

What are you most excited about in drug discovery at the moment?

I call RNA therapeutics the immuno-oncology of the 2020s. As companies like DTx continue to make excellent progress demonstrating that RNA therapeutics, like siRNA, can be delivered beyond the liver, we will continue to see compelling clinical data showing that we can change the course of many devastating diseases.  As this happens, pharmaceutical companies and investors will continue to fund research and development in this field throughout the decade, such that RNA therapeutics will become a mainstream therapeutic modality for a wide variety of diseases. Most importantly, patients that were once told there are no therapies to address their disease will have hope.

Therefore, I hope that what was a pipe dream in the early 2000s is going to become reality before the end of this decade for a lot of these genetic diseases.

Dr Arthur Suckow founded DTx Pharma in 2017. An innovative leader in drug discovery, he previously worked on the ophthalmology, diabetes, and NASH programs at Regulus Therapeutics, at the MedImmune arm of AstraZeneca, and in the Diabetes Drug Discovery programme at Johnson & Johnson. Suckow received his BS from the University of Delaware and his PhD from University of California, San Diego, all US. 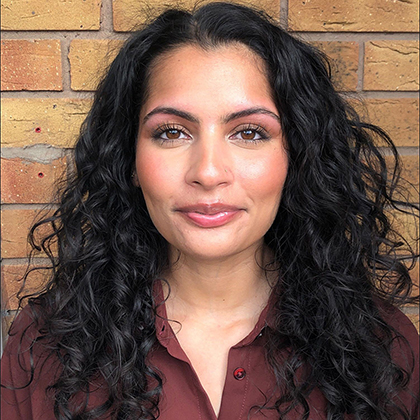