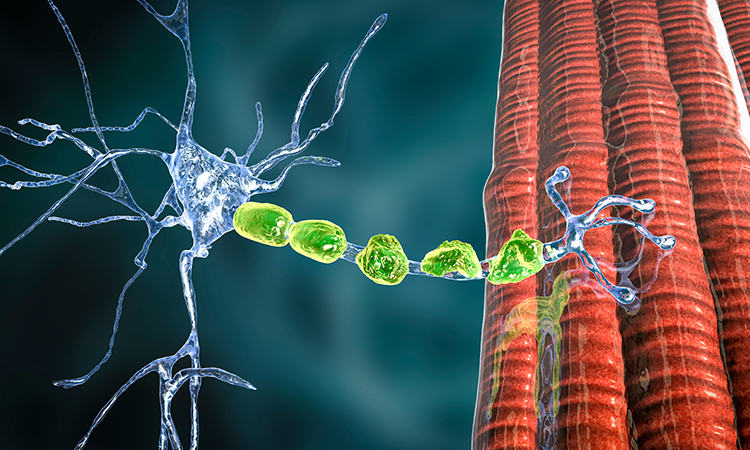 Researchers from the US National Center for Advancing Translational Sciences (NCATS) have designed a tiny, bioengineered three-dimensional model that mimics the biology of chronic inflammatory demyelinating polyneuropathy and multifocal motor neuropathy, a pair of rare, devastating neuromuscular diseases. In their study, which was recently published in Advanced Therapeutics, the researchers used the organ-on-chip, or “tissue chip,” model to show how a drug could potentially treat the diseases.

The researchers also provided key preclinical data for a drug company to submit to the US Food and Drug Administration (FDA) to get authorisation for testing in a clinical trial. This work provides one of the first examples of scientists using primarily tissue chip data for an FDA Investigational New Drug application to test the efficacy of a candidate drug in people with rare diseases.

In diseases such as neuromuscular disorders, the immune system makes proteins called antibodies that damage nerve cells and slow down messages moving from the brain to the muscles. This can make it hard for people to move their arms, hands, and legs. Current treatments can help, but often are inconsistent.

The researchers developed a tissue chip model consisting of two cell types: motoneurons and Schwann cells. Motoneurons transmit messages from the brain to muscles. Schwann cells help the signals move more quickly. The model could mimic functional characteristics of the diseases, allowing the scientists to see how a drug was working by determining whether the brain’s messages to muscles were slowing down or not. 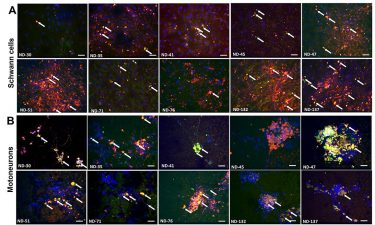 Scientists have created a 3D bioengineered model that mimics the biology of two rare neuromuscular diseases. In both disorders, the brain’s messages to muscles are disrupted by the body’s immune system. The model consists of motoneurons, which are cells that transmit messages from the brain to muscles, and Schwann cells, which help the signals move more quickly
[Credit: Wiley-VCH].

The researchers showed that exposing the cells to blood serum from people with these rare diseases caused a shower of immune system antibodies against the cells. This made the motoneuron signals move more slowly. After treatment with TNT005, a drug that blocks the immune system reaction, the cells and the message speed returned to normal.

“Creating a platform that can predict human responses to a drug in a rare disease could lead to exciting new opportunities in research,” concluded Dr Lucy Low, scientific program manager for the NCATS Tissue Chip for Drug Screening initiative. “If tissue chip data can be generated that inform the decisions made before early human trials, this could reduce the risks to vulnerable populations.”