Bispecific antibodies: the next generation of immuno-oncology drugs

Taylor B Guo, Chief Scientific Officer at I-Mab, describes the potential benefits of bispecific antibodies for cancer therapy and how their dual targeting mechanisms of action may drive their emergence as the next generation of immuno-oncology drugs. 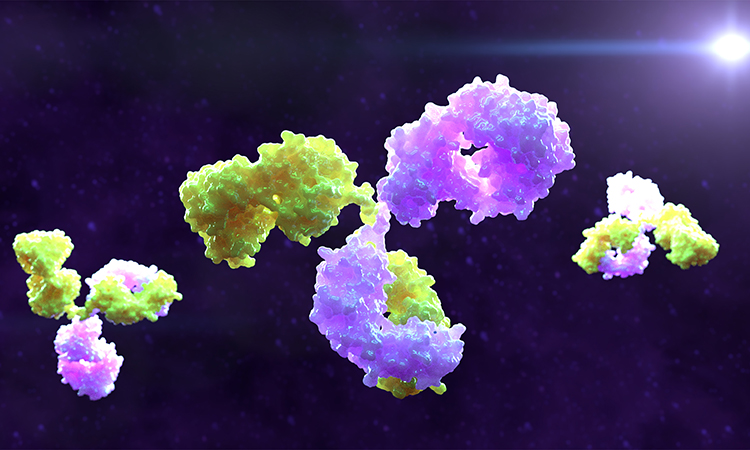 WHILE THE human body can use the immune system to fight cancer cells, many cancers are able to evade detection and escape destruction from immune cells. Immuno-oncology drugs, comprised mainly of monoclonal antibodies (mAbs), have revolutionised the treatment of cancer. Checkpoint inhibitors, like antibodies against programmed cell death protein 1 (PD-1) and programmed death-ligand 1 (PD-L1), are now first-line therapies for many oncologic indications in numerous countries. However, the therapeutic effectiveness of PD-1/PD-L1 blockade is limited to only a proportion of patients with cancer, with more than 60 percent of patients typically not responding optimally.1,2 This occurs either as a poor response from the start of treatment or arises over time due to the development of resistance to the therapy.3,4

To address this unmet need of suboptimal responder patients for other options and generally expand our armamentarium in the fight against cancer, we are working to develop the next generation of antibody oncology drugs. A prime example of such an endeavour is the creation of a new kind of antibody – one that binds specifically to not only one but two target proteins. An example of these so-called bispecific antibodies is TJ-CD4B/ ABL111 currently being co-developed with ABL Bio, which can bind with high affinity and specificity to both Claudin 18.2 (CLDN18.2) and 4-1BB.5

CLDN18.2 is a protein that, in humans, is normally only expressed in highly restricted zones of the stomach wall.6 However, CLDN18.2 expression becomes dysregulated in malignant tumour cells. In addition to its expression in a significant proportion of primary gastric cancers, CLDN18.2 was also found expressed in pancreatic, oesophageal, ovarian and lung cancers.6 As CLDN18.2 is a cell surface protein, its three-dimensional (3D) structure includes extracellular loops that lend themselves to targeting from antibodies. As such, CLDN18.2 is being explored as a target for immuno-oncology therapies. Investigational therapies targeting CLDN18.2 include antibody-drug conjugates (ADCs) and mAbs with therapeutic efficacy through antibody-dependent cell-mediated cytotoxicity (ADCC). However, the effectiveness of existing CLDN18.2-targeted experimental drugs has been limited in tumour cells that express low levels of CLDN18.2.6

4-1BB, also known as CD137 or tumour necrosis factor receptor superfamily 9 (TNFRS9), is a receptor found on the surface of immune cells, namely activated T cells and natural killer (NK) cells.7 The activation of 4-1BB starts a signalling cascade that ends up stimulating the immune cell, resulting in the activated T cell or NK cell effectively going into attack mode.7 The activation of 4-1BB has been identified as a promising strategy for killing tumour cells using the immune system. However, cancer therapies based on activating antibodies to 4-1BB were hampered by adverse events such as liver toxicity in patients.8

To overcome such limitations, a recent finding has identified a domain on 4-1BB where antibody binding does not elicit these adverse effects. The bispecific antibody TJ-CD4B/ABL111 has been developed to take advantage of these two cancer-targeting strategies. By binding to both targets at the same time, TJ-CD4B/ABL111 acts as a bridge between the 4-1BB-expressing immune cells and CLDN18.2-expressing cancer cells. Bringing them into closer physical proximity enables this anti‑cancer intervention to confer great specificity of action because the cell earmarked for attack and destruction by the activated immune cell is almost certainly the tumour cell. This specificity is expected to have a much safer profile than that provided by therapies targeting only 4-1BB. It should be more effective than a combination therapy involving antibodies that target only CLDN18.2 and antibodies that target only 4-1BB, as such a treatment would not necessarily bring the tumour and immune cells into close proximity (Figure 1). This improved precision in the mechanism of action of this bispecific therapy should translate into a highly efficacious tumour killing effect, with a lower likelihood of side effects.

Figure 1: The dual targeting of CLDN18.2 and 4-1BB by a single bispecific antibody facilitates the bridging of tumour cells and T cells. Only T cells that come into contact with CLDN18.2-expressing tumour cells through TJ-CD4B will be activated. This is expected to confer improved anti-tumour specificity of T cell-mediated cytotoxicity compared with that of single-target CLDN18.2 antibodies and 4-1BB antibodies used in combination.

Indeed, pre-clinical data from experiments in animal and cell culture models of cancer have shown that TJ-CD4B/ABL111 binds with high affinity to CLDN18.2, including in tumour cells that express a low level of CLDN18.2. This is anticipated to translate into a broader clinical application, meaning that even patients with low CLDN18.2-expressing tumours may benefit from this putative therapy. Moreover, 4-1BB was induced to signal and trigger T-cell activation in a CLDN18.2-dependent manner. Indeed, significant inhibition of tumour growth was observed with TJ-CD4B/ABL111 treatment in a mouse model of human cancer. This anti-tumour effect was furthermore observed to be superior to that elicited by a benchmark 4-1BB antibody towards a wide range of CLDN18.2-positive tumour cells, including those with low levels of CLDN18.2 expression. The anti-tumour effect was also well focused – T-cell activation was observed only in the local area of the tumour without any discernible effect on immune cells in other areas of the body.5

Pre-clinical data from experiments in animal and cell culture models of cancer have shown that TJ-CD4B/ABL111 binds with high affinity to CLDN18.2, including in tumour cells that express a low level of CLDN18.2”

Another advantage of TJ-CD4B/ABL111 over ADC, ADCC and CAR T therapies is that by directly engaging the tumour-responsive T cells through 4-1BB activation, it enables these T cells to develop and retain a “memory” of the cancer. In a similar way to how vaccines work, T cells of the patient’s immune system can profile the tumour cells, fight and remember them for the rest of their lives. In this way, should the cancer re-occur, tumour-experienced T cells should be able to quickly recognise and destroy these tumour cells, nipping any chance of cancer recurrence in the bud. Pre-clinical experiments with animal models have demonstrated that this T cell memory translates into successful destruction of relapsed cancers.5 This T cell-driven long-term memory is not possible with ADC- or ADCC-based therapies or even CAR T therapy, as these modified T cells do not persist long enough once they have performed their cancer-killing task, leaving no immunological memory of the cancer among the host’s own immune cells.

The data so far on TJ-CD4B/ABL111 strongly support and validate the dual targeting strategy underpinning bispecific antibodies. Not only is the targeting of the therapy focused more exclusively on tumour cells, but the tumour killing effect is more potent compared with a benchmark 4-1BB therapy. The pharmacologic and safety profiles are also consistent with expectations regarding the greater specificity and precision of this experimental therapy.5 Overall, the proposition of dual targeting by bispecific antibodies is promising, especially for the treatment of patients with cancer who are refractory to PD-1/PD-L1 inhibitor treatment. With as few as an estimated 20–30 percent of people with cancer responding optimally to checkpoint inhibitor therapy, there remains a high unmet need for additional and novel treatment options.12

It is encouraging that research and development for these options continues to focus on multiple, promising drug targets – particularly 4-1BB – despite the early setbacks since it was first identified as a target for potential oncology treatments a decade ago. The pre-clinical success of drugs targeting CLDN18.2, substantiated by several lead compounds progressing into clinical trials, is also a strong factor supporting this target for cancer-fighting drug strategies.9-11 By targeting multiple putative anti-tumour pathways simultaneously, bispecific antibodies may represent the next generation of immuno-oncology drugs, offering more specific, potent and synergistic tumouricidal effects, with potentially fewer and less serious side effects.

Recognising the powerful potential benefits, biopharmaceutical drug developers like us at I-Mab are investing in developing several therapeutic bispecific antibodies. We expect several of the bispecific antibody candidate therapies in our pipeline to progress into clinical trials soon.13 It is hoped this will advance us further in achieving our mission of bringing transformational medicines to patients through innovation – especially those who need them most.

Dr Taylor Guo has a decade of discovery and early development experience in neuroimmunology, immuno-oncology and neurodegeneration at I-Mab Biopharma and GSK, with extensive experience in developing robust, translatable in vitro and PD assays. He has published more than 35 papers in peer-reviewed journals. Taylor obtained his PhD in Immunology from Shanghai JiaoTong University School of Medicine. 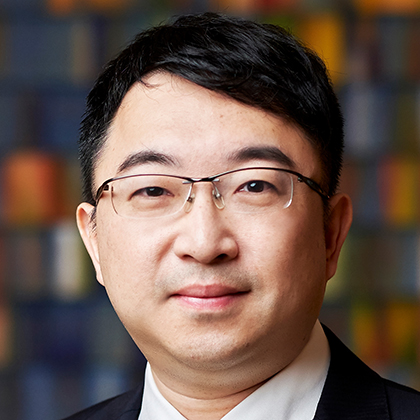