Flow cytometry in neglected tropical diseases – a focus on leishmaniasis

The World Health Organization (WHO) identifies leishmaniasis as a neglected tropical disease for which new treatments are vitally needed. Leishmaniasis primarily affects people in South America, East Africa and Asia, especially those weakened by malnutrition and poverty. To help those with this disfiguring and potentially life-threatening parasitic disease, the European & Developing Countries Clinical Trials Partnership (EDCTP) granted €8 million to a multinational research team that will evaluate patient’s immune systems using flow cytometry. Professor Paul Kaye provides more information on the grant and how flow cytometry is being used to assist the project. 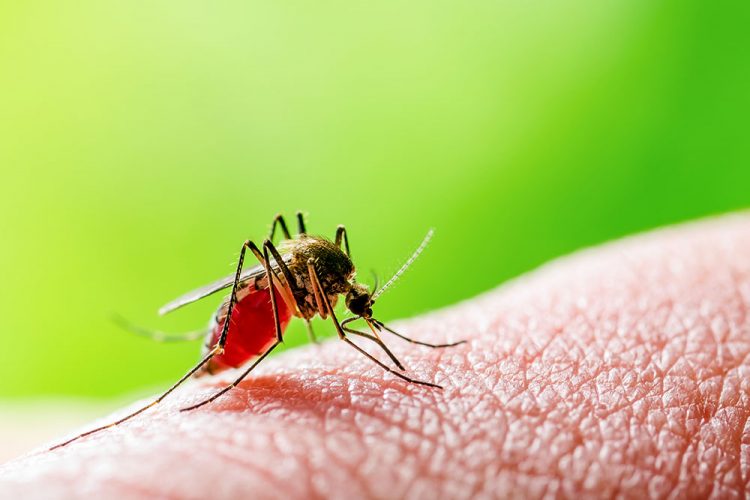 Why are parasitic diseases such a concern in African countries?

Numerous parasitic diseases are endemic to Africa, some of which are considered Neglected Tropical Diseases (NTDs) by the World Health Organization (WHO). There are 19 NTDs, which together affect a billion people across 149 countries worldwide. Though six NTDs are now considered treatable, there are no approved treatments for the remainder, which lead to unimaginable loss in disability-adjusted life years (DALYs).

The NTDs tend to affect people already living in poverty, who are malnourished and lack basic sanitation; they essentially keep people stuck in a vicious cycle of poverty and disease. In the case of the disease that my work has focused on, leishmaniasis, significant physical disfigurements can commonly occur. These can not only affect mental health, but also perpetuate the social stigma of the disease and significantly limit an individual’s life options, both socially and financially. In general, NTDs present serious risks to public health, an individual’s physical and mental health, and to the socioeconomic development of regions across the world which need it most. These diseases contribute to the loss of billions of dollars per year.

What research are you currently working?

My colleagues and I have been carrying out a Phase IIb clinical trial in Sudan, funded by the Wellcome Trust, to evaluate the efficacy of a vaccine we developed for patients with a leishmaniasis subtype. We also received a grant from the European & Developing Countries Clinical Trials Partnership (EDCTP), which will allow us to not only extend our vaccine programme in Sudan, but also to address other important research challenges in the area more broadly.

Just for some background, the leishmaniases are a family of NTD that affect people not just across East Africa, but Asia, the Middle East and Central and South America as well. They are caused by infection with the Leishmania protozoan parasite, which is transmitted through the bite of a tiny female phlebotomine sand fly.

My vaccine research has focused on a subtype known as post kala-azar dermal leishmaniasis (PKDL), a skin complication that can occur up to a year after a patient is treated for kala-azar, or visceral, leishmaniasis. If given suitable treatment, most people recover from kala-azar but particularly in East Africa and South Asia, about a third will go on to develop PKDL which leaves disfiguring marks on the skin and can have numerous negative effects throughout an individual’s life. More effective treatments for this disease are greatly needed.

You have developed a therapeutic vaccine which it is hoped will boost immunity. Can you tell me a bit about this vaccine? 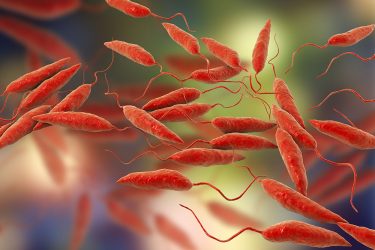 We have been developing what is known as a therapeutic vaccine – one that is given after an individual is infected with a pathogen. It is designed to boost our immune system’s response to the pathogen in order to help eliminate the infection. Our vaccine is dubbed ChAd63-KH and it is built in a similar way to the coronavirus vaccine developed by the University of Oxford consortium. Ours also uses a well-known chimpanzee adenovirus, ChAd63, as a viral vector. We introduced into the vector two genes from Leishmania parasites (KMP-11 and HASPB1). Once an individual is inoculated with the vaccine, their cells become infected with the inactive virus and express the Leishmania proteins in a way that can be recognised by the immune system. In researching the effects of the vaccine, we are particularly interested in how well it is able to generate T cells to fight the infection.

Can you briefly explain what flow cytometry is and how it is useful for researchers focusing on parasitic disease?

Flow cytometry is an important tool for immunologists, since it enables the identification of the molecules, or markers, that reside on the surface or inside of immune cells. This can reveal a lot about what the cell is doing – its functional state. The method uses antibodies that recognise these specific markers and their makeup and distribution helps us predict the cell’s function. The crux of flow cytometry is that antibodies are fluorescently labelled – by then exposing each cell to laser light as it passes through a small aperture, the fluorescent signal can be detected. The method plays a critical role in uncovering mechanisms of immunity, the biomarkers of drug response and in monitoring how well vaccines work. My colleagues and I have used it throughout the development process, first to evaluate the immune status of people suffering from leishmaniasis and later to determine what kind of vaccine was likely to be the most effective.

How is flow cytometry being used to assist this project?

As mentioned, the first step in the development of vaccines and other types of drugs is often to perform in-depth comparisons, or “before and after” snapshots of immune changes. In our case, the aim is to understand changes the immune system goes through during infection and recovery from leishmaniasis.

For example, using flow cytometry for blood (along with immunohistochemistry for tissue biopsies), we are able to quantify the relative numbers of key immune cells – lymphocytes, monocytes and neutrophils. We can characterise their specific function by looking at the expression pattern of cytokines and other cell surface proteins that define the function state of the cell. Additionally, recent evidence suggests that during infection with PKDL, T lymphocytes may become unable to fight infection because of ‘exhaustion,’ a state that can be identified by expression of certain surface molecules. It is important to know if exhaustion can be reversed with treatment or whether new populations of T lymphocytes need to be stimulated. In our current vaccine trials, we are especially keen on determining whether the vaccine can generate T cells to fight the infection.

By understanding the often-nuanced changes in immune cells, we can design ways to improve how vaccines and drugs work along with the body’s immune cells. We also hope to understand why some patients might relapse from their disease or develop PKDL, while others do not.

Are there challenges for flow cytometry testing in Africa that may not be experienced in the Western world?

Flow cytometry is an important tool for immunologists, since it enables the identification of the molecules, or markers, that reside on the surface or inside of immune cells”

Yes, there are challenges due to the climate in parts of Africa, along with the remoteness and differences in local resources of some of our partner clinics. Our flow cytometer had a couple of critical benefits for this work. One is that it uses avalanche photodiode detection to achieve an extremely high level of sensitivity – this level was required for us to identify rare cell populations that often have hard-to-detect levels of surface markers. We also needed a robust system that produced highly reproducible results, since we would be comparing data across many sites, for both the current work and future research.

Another important advantage for this initiative was the provision of freeze-dried antibody cocktails (DURAClone panels). This method allows for highly multiplexed phenotyping of small blood volumes added directly to a single tube. For researchers in remote areas, the use of preformulated, dry reagents rather than ‘wet’ (liquid) antibodies, provides a substantial advantage, since it obviates the need for a cold chain. Additionally, manually mixing of 15 or more antibodies lends itself to data inconsistencies when conducted by different individuals across multiple labs and locations, so we wanted to avoid that risk.

Over the long term, our efforts have aims beyond the current PKDL project. As touched on earlier, we have distributed flow cytometer systems in several locations in East Africa and have run training courses with the designated ‘flow managers’ from each partner country. They should enable labs to be autonomous in conducting work that will advance the understanding of leishmaniases across regions, as well as other NTDs. Our East African partners are members of the Leishmaniasis East Africa Platform group, whose aim is to co-ordinate drug development activities in the region by the Drugs for Neglected Diseases Initiative (DNDi). The project will enable us to answer fundamental questions about why the disease varies between countries.

The increased capacity for flow cytometry will additionally support patient monitoring during drug trials for therapies for other types of leishmaniasis and beyond. We hope the project will ultimately provide support for larger scale research on other NTDs including bacterial, fungal, other parasitic and viral diseases. By demonstrating the striking utility of flow cytometry in understanding diseases and designing therapies that could help many millions, we hope to spark research opportunities for colleagues in Africa and around the globe.

Paul Kaye is Professor of Immunology at the University of York. He trained in zoology (BSc) and immunology (PhD) and has worked for over 30 years on the immunology and immunopathology of the neglected tropical disease leishmaniasis. Paul is a Wellcome Senior Investigator and an elected Fellow of the UK Academy of Medical Sciences. He is currently leading Phase II therapeutic vaccine trials in Sudan, developing a digital pathology network to enhance data sharing and establishing a controlled human infection model of sand fly transmitted cutaneous leishmaniasis. 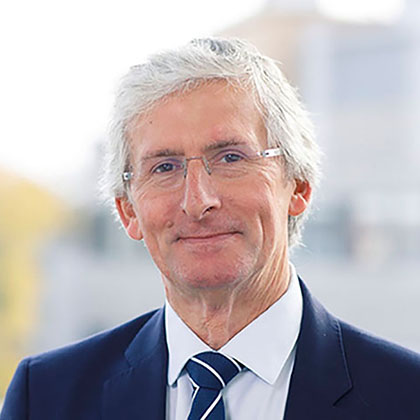