Richard Sachse discusses how immunotherapies targeting interleukin 15 (IL-15) signalling can be optimised to enhance their efficacy and limit off-target effects. 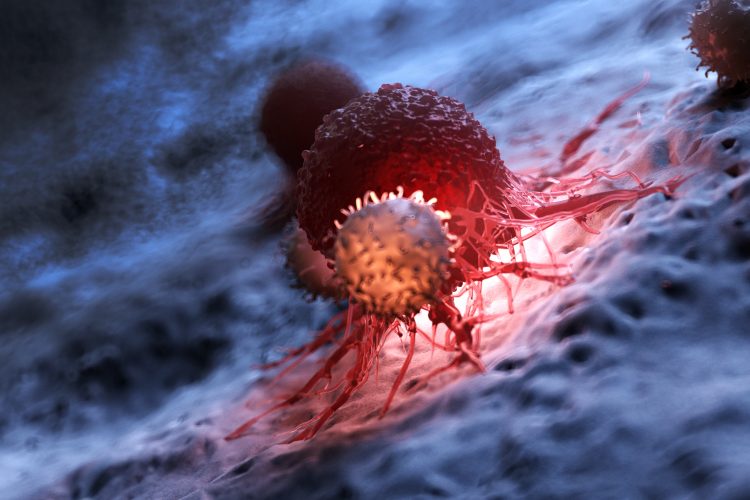 In this article, Drug Target Review’s Hannah Balfour discusses with Chief Medical Officer of SOTIO, Richard Sachse, why interleukin 15 (IL-15) signalling has become a top target for cancer immunotherapies and how they designed their drug (SO-C101) to overcome some of the limitations of previous IL-15 and IL-2 targeted therapies.

Why target IL-15? What are the advantages of this over cancer treatments that are already under development or in the clinic?

Studies have shown that expression of the IL-15 cytokine within human tumours is crucial for optimal antitumour immune responses. It has become a highly attractive oncology target because IL-15 signalling activates two of the most important cell types for driving an antitumour response: cytotoxic (CD8+) T cells and natural killer (NK) cells.

Stimulating the IL-15 receptor on these cells causes a potent immune response that could be complimentary to a variety of currently existing therapies, including PD-1 inhibitors.

Other similar treatments have previously targeted IL-2 signalling and have acted as a proof-of-concept for our IL-15 targeting therapies. The IL-2 and IL-15 receptors share common subunits and functions. IL-2 also activates cytotoxic T cells and NK cells. However, despite success in clinics when treating renal cell carcinoma and melanoma, IL-2 therapies are associated with adverse events, such as vascular leakage. These off-target effects are caused by the therapies binding to IL-2 receptors expressed in the lung epithelia and vascular endothelium. IL-15 receptors are not expressed in these locations and so IL-15 have distinct advantages over IL-2 immunotherapies.

How does SO-C101 target IL-15 signalling to produce a therapeutic effect?

SO-C101 is a subcutaneously administered IL-15 superagonist that demonstrates high specificity for the IL-2 and IL-15 receptors on cytotoxic T cells and NK cells. A superagonist is an analogue of a natural ligand for a receptor (in this case, IL-15) that is able to produce a maximal response – greater than the natural ligand can produce – so has an efficacy of 100 percent. 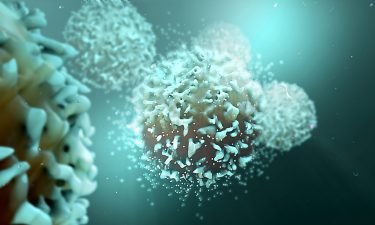 The SO-C101 product is designed to have an optimised half-life that allows the drug to stimulate T cells and NK cells physiologically, through pulses in cytokine concentration. IL-15 agonists with extended half-lives can cause T cells and NK cells to become exhausted due to tonic (constant) stimulation. The shorter half-life of SO-C101 avoids this, enhancing the efficacy of the drug by enabling pulsatory stimulation.

The drug also does not bind to IL-2 receptors on lung epithelia, vascular endothelium or regulatory T cells (Tregs). The first two negate the adverse effects highlighted above and the latter is important because binding to Tregs could potentially activate them, weakening the immune response and lowering the therapeutic efficacy of the drug.

How is the drug performing in pre-clinical trials?

Our pre-clinical results for SO-C101 alone are very promising; in in vivo tumour models the drug showed increased long-term survival and tumour regression. When it was combined with other immunotherapies, such as checkpoint inhibitors and antibody-dependent cell cytotoxicity (ADCC) monoclonal antibody (mAb) therapies, there were clear signals of a synergistic mode of action between SO-C101 and the other cancer therapies in vivo. We see clear signs of biological activity in the ongoing Phase I trial.

What are you excited about in the field of cancer immunotherapies?

Aside from exploring the capabilities of IL-2 and IL-15 superagonists and their potential for use in combinatorial therapeutic strategies, I am really excited about the further development of cellular treatment options, such as chimeric antigen receptor (CAR) T-cell therapies for solid tumours. So far, cellular therapies have been proving beneficial effects in liquid tumours but have had limited efficacy in solid ones. I am looking forward to the potential breakthrough treatment option that next-generation CAR T therapies could provide for patients.

I started my career as a physician practising internal medicine and it has been fascinating to see the advancement of therapeutic options for patients with oncologic diseases for which, at the time when I was practising, there was no treatment available so outcomes were poor. The progress we have made is incredible – when I was at medical school, for certain diseases, there was no such thing as a five-year survival rate and now we talk about 10-year survival rates for the same conditions.

What does the future hold for SO-C101?

In our monotherapy dose escalation trial for SO-C101 we have observed positive effects on NK and T-cell activation and expansion in patients with advanced or metastatic solid tumours. The drug is also in a trial evaluating its effects on the same tumours in combination with a PD-1 checkpoint inhibitor (pembrolizumab), but this is only in its early stages.

Richard Sachse is the Chief Medical Officer at SOTIO.