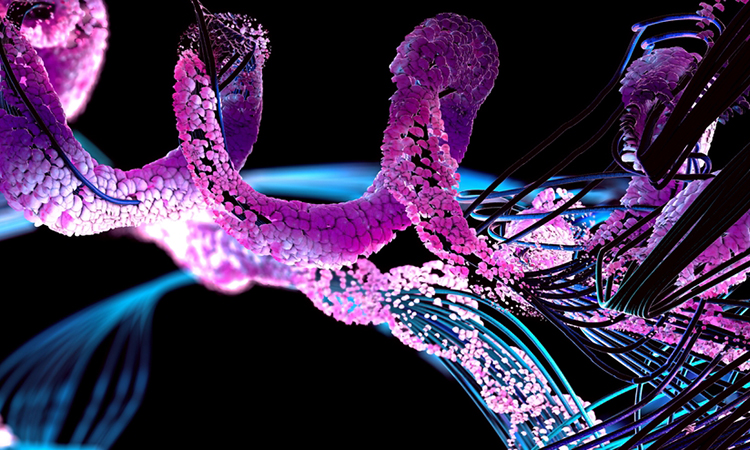 Researchers at Tokyo Institute of Technology (Tokyo Tech), Kyushu University, Nagoya University and the National Institutes of Natural Sciences, all Japan, have successfully engineered the formation of ordered biological structures using protein needles (PNs). By regulating the tip-to-tip interactions of these needles, the team allowed for their self-assembly into lattice structures, ordered monomeric states and fibre assemblies, paving the way for the controlled construction of more of such protein architectures. 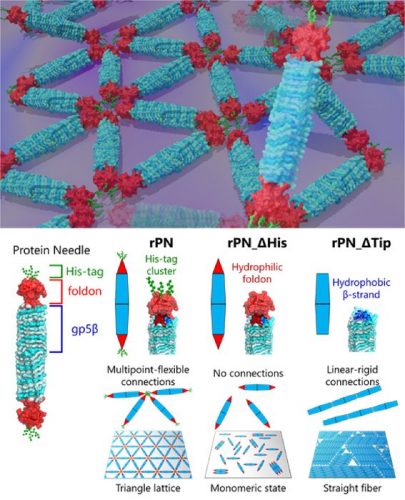 Scientists have long been attempting to decode the complex sub-structures of proteins. Now, researchers from Tokyo Tech have finally shed light on this front with the investigation of engineered protein self-assembly using protein needles [credit: Takafumi Ueno of Tokyo Institute of Technology].

According to the researchers, while proteins are the basic building blocks of the body, their molecular and macroscopic structures are complex and varied, with multiple folding patterns and substructures. Scientists have been trying to decode these structures for some time and much progress has been made thanks to fluorescence microscopy (FM), atomic force microscopy (AFM) and high-speed AFM (HS-AFM). However, they have not been able to directly observe the dynamic motions of proteins during assembly. This is mainly due to the intricate structure of proteins, which are too small to be measured with existing techniques.

In the new study, published in Small, the researchers report that they have now developed a specialised anisotropic PNs to help determine the assembly of similarly anisotropic proteins, providing clues about their microstructure and assembly.

“Our PN is a needle-shaped protein composed of the rigid body (β-helix), the terminal cap (foldon) and a binding motif (hexa-histidine tag, His-tag). By modifying these PNs by deleting the His-tag motif and foldon cap, we can produce three different types of PNs. This enabled us to regulate and observe different assembly patterns and how they change, giving us clues into the mechanics of different protein-protein interactions that we find in nature,” said Professor Takafumi Ueno of Tokyo Tech, who led the study.

In solution, the PNs spontaneously form a highly stable structure with a length of about 20nm and a width of about 3.5nm, small enough to track the rotational motion of individual molecules yet mechanically strong.

On surfaces, the team observed different kinds of ordered structures as the PNs self-assembled. These structures ranged from triangular lattices and monomeric states with nematic order (one-dimensional orientation) to fibre assemblies. 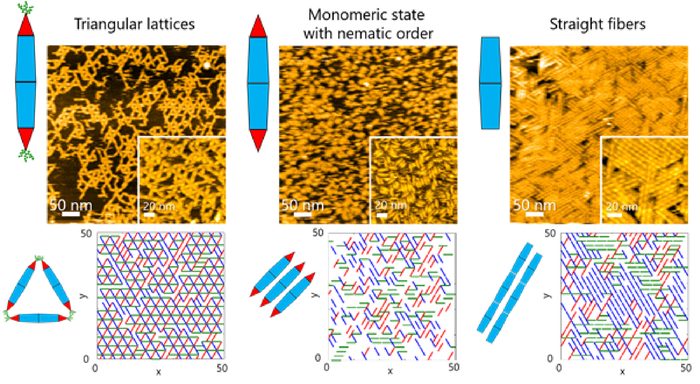 This, in turn, allowed the team to investigate the dynamic processes involved in protein assembly through a combination of HS-AFM and simulations. The results revealed that the formation of the triangular lattice structure was guided by the dynamic motions of PN, which contribute to forming ordered lattices.

“These molecules play such a crucial role in biological systems that understanding their structure would further the field significantly. For instance, we could use this to lay the groundwork for constructing supramolecular structures by designing the dynamic collective motions of proteins. This concept can lead to the engineering of biocompatible sheet materials, targeted drug transports and even protein-based nanorobots,” said Ueno.

Observing the molecular motion of the PNs was crucial for making observations in this study. Here, researchers noted pivotal rotation around the His-tag interaction between protein needles [credit: Takafumi Ueno of Tokyo Institute of Technology].