Researchers have designed an antibody that attaches to MuSK, which prevented early lethality of mice with congenital myasthenia. 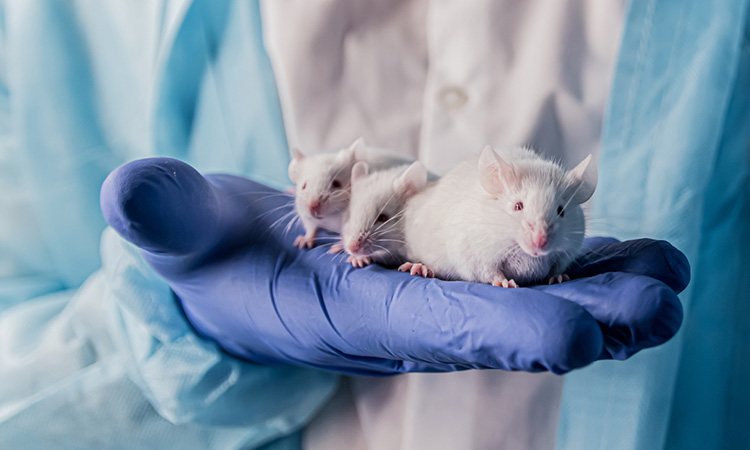 Researchers have used an antibody to rescue young mice from early death caused by congenital myasthenia (CM), not by correcting the flawed gene that causes it, but by targeting another protein in the same signalling pathway. The study was led by New York University (NYU) Grossman School of Medicine researchers.

The study also revealed new details of the cause of CM, with the better understanding guiding the team’s design for a therapeutic antibody treatment.

Mice with the type of CM in the study failed to develop synapses that trigger the muscle contractions required for movement including breathing and so die soon after birth. Human newborns with CM often survive but face severe, life-long muscle weakness. The few available treatments only partially abate the symptoms.

“To our knowledge, our study is the first to fully counter a lethal congenital flaw by targeted therapy, restoring synapse formation with an antibody that encourages the action of a protein downstream of the mutant gene,” said lead author Professor Steven Burden. “While this strategy applies directly to a rare set of neuromuscular diseases studied here, the findings suggest new approaches to more common diseases – like amyotrophic lateral sclerosis (ALS) or Lou Gehrig’s disease, spinal muscular atrophy and autoimmune myasthenia gravis.”

According to the team, past studies have linked many cases of CM to genetic errors in a gene called Dok7, which codes for a protein that is crucial to the formation of synapses. Dok7 is an adapter protein that becomes attached to a key enzyme, muscle-specific kinase (MuSK). Discovered by the Burden lab in 1993, MuSK has been studied by many labs over the past two dozen years.

Once attached to MuSK, Dok7 is modified, such that new attachment sites appear in Dok7, leading to the recruitment of other proteins crucial to the building of the neuromuscular synapse. In addition, Dok7 is not only a target of MuSK but also a stimulator of MuSK, helping to keep MuSK activated.

The most common disease-causing mutation in the Dok7 gene produces an abnormal, shorter form of the Dok7 protein. Past theories held that this common mutation caused CM by removing the part of Dok7 with the attachment sites for other proteins, thereby preventing assembly of the cellular machinery for building neuromuscular synapses.

The current research team, however, determined that this common form of CM was caused not by the loss of Dok7 attachment sites, but instead because the shortened version of Dok7 was produced in modestly lower amounts. Consequently, there was not enough Dok7 to activate MuSK.

With the CM mechanism clarified, the team used their understanding design a strategy to find antibodies that attached to just the right region of mouse and human MuSK in order to activate MuSK without blocking its normal functions.

The team identified several such antibodies, including one they called X17, which rescued neuromuscular synapse formation and reversed the movement deficits and early lethality of mice with Dok7 CM. Most of the antibody-treated mice grew to fertile adults. Further, when the team withdrew the antibody treatment, adult mice relapsed and displayed movement problems, which were reversed by re-starting antibody treatment.

According to the authors, the study results indicate that their therapeutic approach rescues synapses not only when they first form during development but also reverses synaptic dysfunction in adult animals. The say their ultimate goal would be to develop the capability to treat children and adults with congenital myasthenia as soon as they are diagnosed.