New research by the University of California, San Diego could provide a much simpler way to repair disease-causing mutations in RNA. 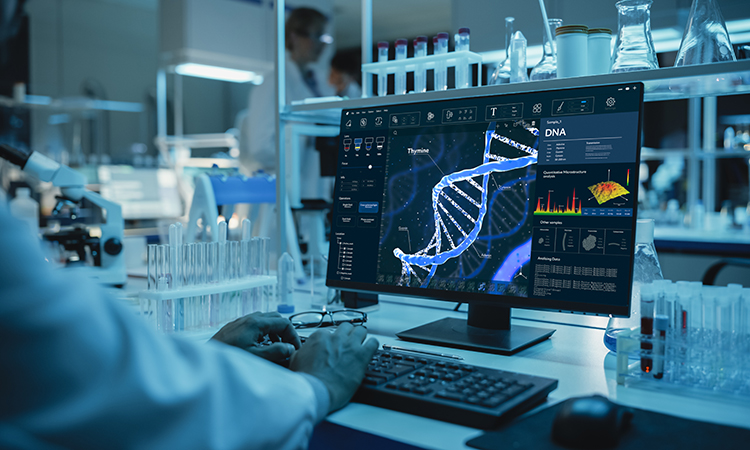 Studies led by bioengineers at the University of California (UC), San Diego, US could make it much simpler to repair disease-causing mutations in RNA without compromising precision or efficiency, holding promise as a gene therapy for treating genetic diseases.

In a study published in Nature Biotechnology, the team used a mouse model of Hurler syndrome, a rare genetic disease, to show the new RNA editing technology can correct a disease-causing mutation in RNA, therefore treating the disease. The technology makes efficient use of RNA editing enzymes that naturally occur in the body’s cells, called adenosine deaminases acting on RNA (ADARs). They bind to RNA and convert some of the adenosine (A) bases to inosine (I), which is read by the cell’s translation machinery as guanosine (G).

Researchers have been exploring RNA editing approaches with ADARs to correct the G-to-A mutation behind genetic disorders such as cystic fibrosis, Rett syndrome and Hurler syndrome. An advantage of RNA editing over DNA editing is that changes to RNA are only temporary since RNA has a short lifespan. So, if off-target edits occur, they would not be permanent. To make a targeted A-to-I (or essentially, an A-to-G) edit on RNA using ADARs, a short accessory strand of RND (called a guide RNA) is needed to direct ADARs to the target and make the desired change there.

However, traditional guide RNAs are not efficient at using native ADARs in the cell ­­— they require external ADARs to be brought into the cell to work. To overcome this, the researchers engineered a new kind of guide RNA, one that is effective at recruiting the cell’s own ADARs to make edits at a precise target RNA region.

The team designed the guide RNAs to target the single G-to-A mutation that causes Hurler syndrome. This mutation inhibits the body from producing an enzyme that is necessary for breaking down complex sugars. Build-up of these sugars causes severe tissue damage, skeletal abnormalities, cognitive impairment and other serious health problems. Systemic injection of the guide RNAs into diseased mice resulted in correction of seven to 17 percent of the mutant RNAs after two weeks, as well as a 33 percent decrease in the build-up of complex sugars.

One aspect that makes the new guide RNAs effective is that they are longer than traditional guide RNAs. Other unique design features make them more stable and precise than traditional guide RNAs. They can last for days and stay on the target RNA region for longer periods of time, whereas RNA generally gets quickly destroyed by the cell. That is because these guide RNAs are built as circular rather than linear molecules; being circular makes them resistant to the cell’s RNA-degrading enzymes. In terms of precision, these guide RNAs only allow changes at the target A and not at any other As nearby. They do this by folding into loop structures at predetermined spots along the target RNA region, which prevents off-target As from getting edited.

The scientists highlight that the research is still at an early stage. Immediate next steps for the team will focus on improving delivery of the guide RNAs into cells.