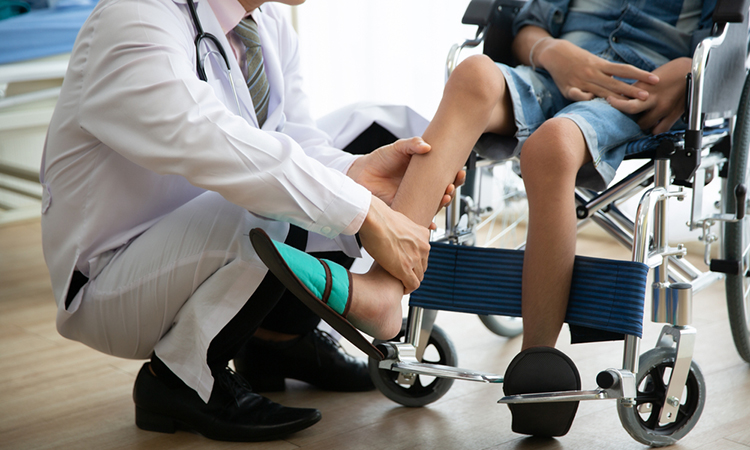 The incurable muscular dystrophies are almost always caused by a single faulty gene. As different as the mutations are in this group of approximately 50 disorders, they all ultimately lead to a very similar outcome. To find a therapy for muscular dystrophies, research by the Experimental and Clinical Research Center (ECRC) of the Max Delbrück Center for Molecular Medicine and Charité, Germany have published a paper which has paved way for a clinical trial in which a developed therapy will be tested for the first time on patients with hereditary muscle atrophy.

“We have for several years been pursuing the idea of taking muscle stem cells from diseased patients, using CRISPR-Cas9 to correct the faulty genes, and then injecting the treated cells back into the muscles so that they can proliferate and form new muscle tissue,” explained Dr Helena Escobar.

The researchers were able to show that the method worked in mice suffering from muscle atrophy, but it was unsuitable for treating patients. “We introduced the genetic instructions for the gene editor into the stem cells using plasmids – which are circular, double-stranded DNA molecules derived from bacteria,” revealed Escobar. Plasmids could unintentionally integrate into the genome of human cells, which is also double stranded, and then lead to undesirable effects that are difficult to assess. 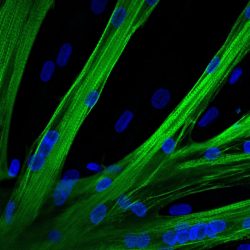 In the current study, which was published in in Molecular Therapy Nucleic Acids, an alternative has been found in the form of messenger RNA (mRNA). To get the mRNA into the stem cells, the researchers used a process called electroporation, which temporarily makes cell membranes more permeable to larger molecules. “With the help of mRNA containing the genetic information for a green fluorescent dye, we first demonstrated that the mRNA molecules entered almost all the stem cells,” explained Christian Stadelmann, a co-lead author of the study. In the next stage, the team used a deliberately altered molecule on the surface of human muscle stem cells to show that the method can be used to correct gene defects in a targeted manner.

Finally, the team tried out a tool like the CRISPR-Cas9 gene editor that does not cut the DNA, but only tweaks it at one spot with pinpoint accuracy. In petri dish experiments, the team have now been able to show that the corrected muscle stem cells are just as capable as healthy cells of fusing with each other and forming young muscle fibres.

“We are now planning to launch a first clinical trial with five to seven patients suffering from muscular dystrophy toward the end of the year,” concluded Professor Simone Spuler, head of the Myology Lab at the ECRC.