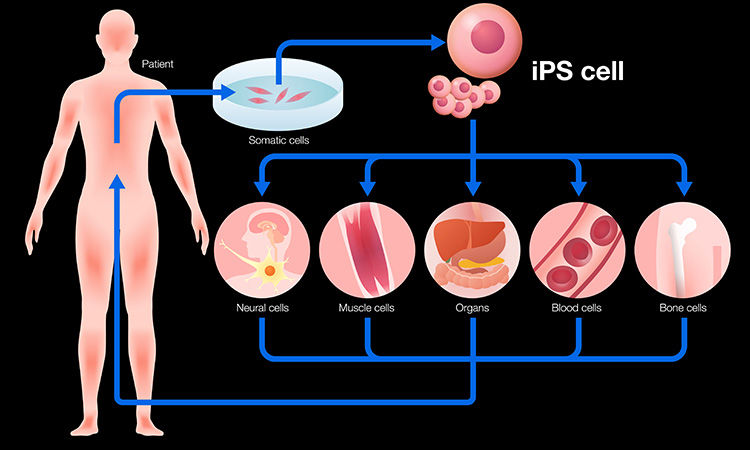 Researchers at the Indiana University School of Medicine, US have been investigating new regenerative medicine approaches to manage vascular health complications from type 2 diabetes. In collaboration with the University of Alabama at Birmingham, US and five other institutions, the team genetically reprogrammed diabetic and non-diabetic peripheral blood cells into human induced pluripotent stem cells (hiPSCs) and matured the cells into special blood vessel reparative cells. The study was recently published in Science Advances.

“Unlike the use of embryonic stem cells (ESCs), genetically engineered hiPSCs do not carry the ethical challenges ESCs possess that limit their possible usage and hiPSCs are being increasingly recognised as a viable alternative in study design and application as a cell therapy for human disorders,” said Dr Chang-Hyun Gil, first author of the study. “Our results demonstrate the safe, efficient and robust derivation of hiPSC-derived specific mesoderm subset for use as a novel therapy to rescue ischemic tissues and repair blood vessels in individuals with vascular diseases. The results provide a foundation for an early phase clinical trial.”

The next translational step of the work for diabetes is to transfer the research protocols reported for differentiation of the hiPSC into to S–KNA+ cells into large scale manufacturing processes.

Related organisations
Indiana University School of Medicine, The University of Alabama at Birmingham

Indiana University School of Medicine, The University of Alabama at Birmingham