A new study has provided insights into how a novel tuberculosis vaccine strategy could work by speeding up the T cell responses in the lungs to shut down infection rapidly. 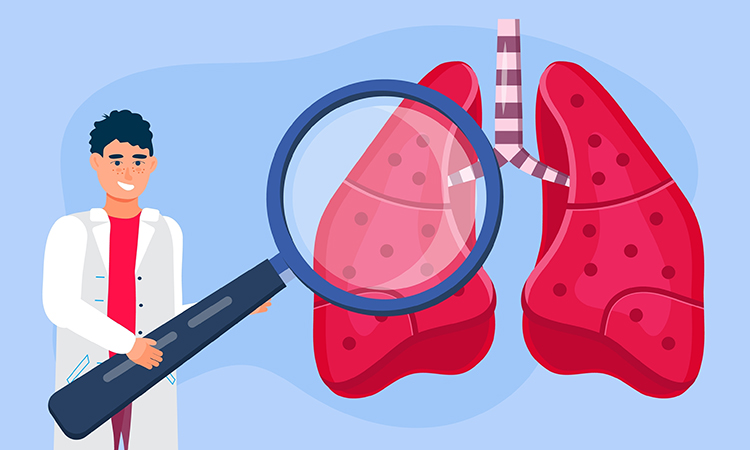 Unlike other infectious diseases that affect the lungs, the immune response to fight tuberculosis (TB) infections develops at least twice as slowly. Until recently, the dynamic interplay between bacteria and the host’s immune system remained unclear, hindering the development of effective therapies against the disease. In a new study by University of Pittsburgh School of Medicine, US, researchers discovered that adaptive immune response against Mycobacterium tuberculosis, pathogenic bacteria that cause TB, matures over time. The first subset of infection-fighting T lymphocytes does not become fully active until three months after the infection, and the emergence of a second subset of T cells at five months post-infection can contribute to bacterial clearance and recovery.

The study which was recently published in Cell Reports explained that such delayed adaptive immune response partially explains why TB infections easily take hold in the host’s lungs and suggests that vaccination strategies against TB should be adjusted to prime T cell responses at the early stages of infection, ensuring that pathogenic bacteria can be eliminated quickly.

“In our study, we wanted to find out what changes in the lung immune environment over time that allows it to eventually bring TB infection under control,” said senior author Dr JoAnne Flynn.

The only widely used vaccine against TB, called the bacille Calmette-Guérin (BCG) vaccine, is administered to newborns within the first few hours of life. However, the BCG vaccine is limited in its effectiveness and does not prevent infections in the lungs. The researchers’ previous work showed that administering the BCG vaccine intravenously, as opposed to traditional injection under the skin, offers nearly complete protection against TB infections in monkeys. The latest study provides insights into how this vaccine strategy might be working by speeding up the T cell responses in the lungs so they can quickly shut down infection.

By detecting TB granulomas in macaque monkeys’ lungs using a state-of-the-art imaging technique that allows them to scan lungs of live animals in real time and track development of granulomas as the infection progresses, the researchers were able to isolate granulomas at different times post-infection.