Researchers have found that the innate immune system requires two steps to defend against HIV-1, even when the virus is present in small amounts. 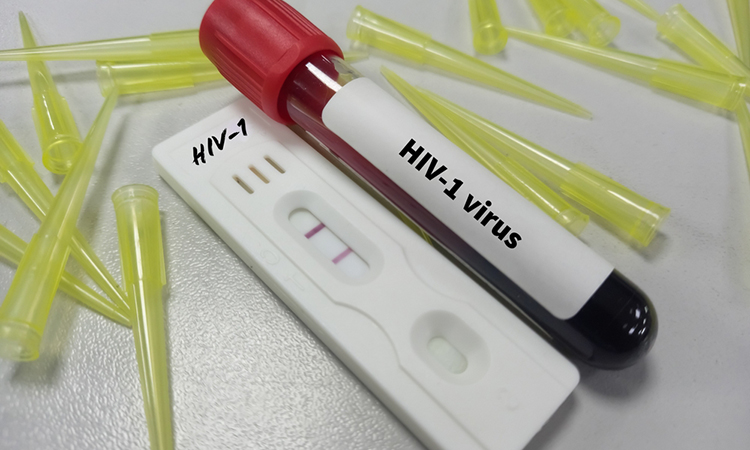 Scientists at Scripps Research, US, discovered how our innate immune system detects HIV-1, even when the virus is present in very small amounts.  The findings, which were recently published in Molecular Cell, reveal the two-step molecular strategy that jolts the innate immune response into action when exposed to HIV-1. This discovery could impact drug development for HIV treatments and vaccines, as well as shape our understanding of how the innate immune response is implicated in other areas – including neurodegenerative disorders such as Alzheimer’s disease.

The innate immune system is activated before the adaptive immune system, which is the body’s secondary line of defence that involves more specialised functions, such as generating antibodies. One of the innate immune system’s primary responsibilities is recognising between our own proteins and genetic material and foreign elements, such as viruses or other pathogens. Cyclic GMP-AMP synthase (cGAS) is a key signalling protein in the innate immune system that senses DNA floating in a cell. If cGAS does detect a foreign presence, it activates a molecular pathway to fight off the invader.

However, because HIV-1 is an RNA virus, it produces very little DNA that scientists have not understood how cGAS and the innate immune system are able to detect it and distinguish it from our own DNA.

The scientists discovered that the innate immune system requires a two-step check for it to activate against HIV-1. The first step involves an essential protein – polyglutamine binding protein 1 (PQBP1) – recognising the HIV-1 outer shell as soon as it enters the cell and before it can replicate. PQBP1 then coats and decorates the virus, acting as an alert signal to summon cGAS. Once the viral shell begins to disassemble, cGAS activates additional immune-related pathways against the virus.

The researchers were initially surprised to find that two steps are required for innate immune activation against HIV-1, as most other DNA-encoding viruses only activate cGAS in one step. This two-part mechanism also opens the door to vaccination approaches that can exploit the immune cascade that is initiated before the virus can start to replicate in the host cell, after PQBP1 has decorated the molecule. 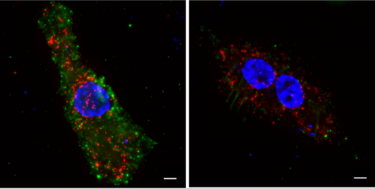 “While the adaptive immune system has been a main focus for HIV research and vaccine development, our discoveries clearly show the critical role the innate immune response plays in detecting the virus,” said Dr Sunnie Yoh, a first author of the study. “In modulating the narrow window in this two-step process – after PQBP1 has decorated the viral capsid, and before the virus is able to insert itself into the host genome and replicate – there is the potential to develop novel adjuvanted vaccine strategies against HIV-1.”

By shedding light on the workings of the innate immune system, these findings also illuminate how our bodies respond to other autoimmune or neurodegenerative inflammatory diseases. For example, PQBP1 has been shown to interact with tau – the protein that becomes dysregulated in Alzheimer’s disease – and activate the same inflammatory cGAS pathway.

The researchers will continue to investigate how the innate immune system is involved in disease onset and progression, as well as how it distinguishes between self and foreign cells.