A new computer-based approach could help clinicians select the best combinations of broadly neutralising antibodies to treat HIV based on the virus’ genetics, while minimising the risk of the virus escaping treatment. 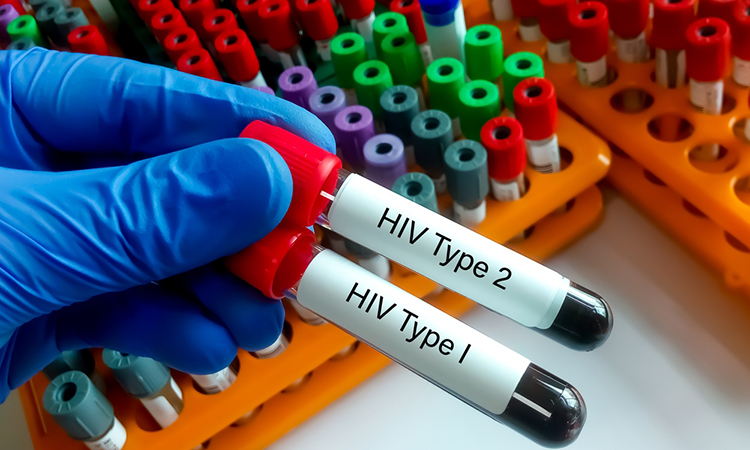 A new study by the University of Washington, US and the Max Planck Institute for Dynamics and Self-Organization, Germany has highlighted that computational approaches to select combinations of broadly neutralising antibodies (bNAbs) based on viral genetics could help prevent viral escape, making HIV treatment more effective. It may also offer a strategy for designing effective combinations of bNAbs for treating other rapidly evolving pathogens. The study was recently published in eLife.

bNAbs offer a promising new tool to treat or potentially cure infections with rapidly evolving viruses such as HIV. Clinical trials using a single bNAb to treat HIV have shown that some viral strains may survive the treatment and lead to a rebound of viruses in the blood. Combinations of bNAbs may therefore be a more effective approach, but finding the best combinations is a challenge.

“For our study, we proposed using a computational approach to predict the effectiveness of bNAb combinations based on the HIV genetics,” said Colin LaMont, one of the researchers on the study.

The researchers used high-throughput sequencing to analyse the genetics of HIV viruses collected over 10 years from 11 untreated patients with HIV. The team used this data to predict which viral strains might be able to escape treatment with different bNAbs and whether dodging bNAbs was associated with a survival cost. Next, using computational methods, they applied the knowledge gained to predict viral rebounds in three real-life trials of bNAbs.

Finally, the team used their computational approach to find a combination of bNAbs that is least likely to allow any virus to escape. They also found that some bNAbs, such as 10-1074, are better against diverse populations of viruses because mutations that allow viruses to escape also make the virus less likely to survive. Others, including PGT121, are more effective against less diverse viral populations because mutations that enable escape are rare. Overall, the results suggested that the optimal combination includes three bNAbs: PG9, PGT151 and VRC01.

“We have shown the combination of PG9, PGT151 and VRC01 reduces the chance of viral rebound to less than one percent,” LaMont said. “It does this by targeting three different regions of the virus’ protective outer wrapping, or envelope.”

ART reduces the ability of HIV to multiply and create new variants, limiting the genetic diversity of the viral population and lowering the likelihood for emergence of bNAb escape variants. The authors say that more studies are needed to confirm the potential benefits of combining ART and bNAbs.

“Our study shows that leveraging genetic data can help us design more effective HIV therapies,” Nourmohammad concluded. “Our approach may also be useful for designing therapies against other rapidly evolving agents that cause disease, such as the Hepatitis C virus, drug-resistant bacteria, or cancer tumour cells.”