The scientists say that shutting down the EBAG9 gene allows the body to destroy tumour cells earlier and more radically. 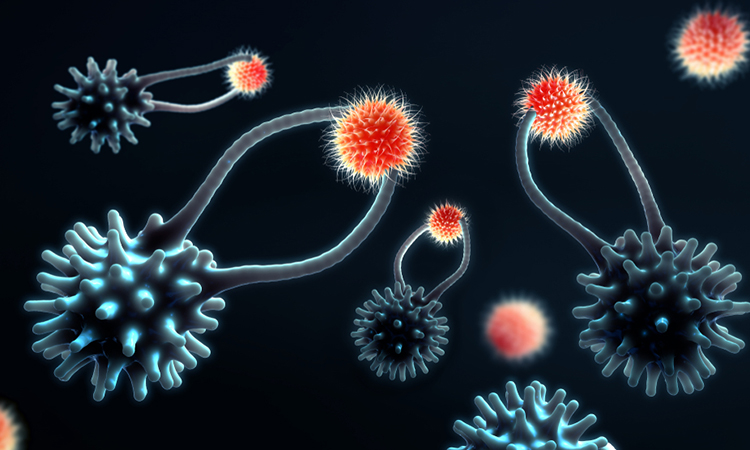 Scientists from the Max Delbrück Center for Molecular Medicine in the Helmholtz Association (MDC), Germany have shown by shutting down a gene called EBAG9— which inhibits the release of cytotoxic enzymes, which slows the desired immune response—in mice led to a sustained increase in the immune response to cancer. The mice also developed more T memory cells, as reported in JCI Insight.

The researchers have recently furthered their investigation using human CAR T cells. The study, which was published in Molecular Therapy, could be a decisive step on the road to therapeutic use, as last author, Dr Armin Rehm explained, “shutting down EBAG9 allows the body to eradicate tumour cells earlier and more radically. As well as achieving longer-lasting therapeutic success, this could also create a real chance of cure.”

In 2015, the scientists succeeded in curbing synthesis of the EBAG9 protein using microRNA. For the latest study, she used microRNA to cultivate “EBAG9-silenced” CAR T cells with different human leukaemia or lymphoma cells. Just like in the mouse model, the silencing reduced tumour growth much more. Relapses also only developed much later.

“Releasing the EBAG9 brake allows the genetically engineered T cells to release more cytotoxic substances. However, they do not cause the strong cytokine storm that is typically a side effect of CAR therapy,” said Dr Anthea Wirges. In fact, the risk is minimised because fewer cells are used. “Switching off the immune brake works across the board. We can do it with every CAR T cell that we produce – regardless of which type of blood cancer it targets.

The researchers now hope that the study will be funded for clinical trials so that EBAG9-based CART T cells could be available to patients within two years’ time.