New study has demonstrated that mice deficient in dendritic cell immunoreceptor are resilient against colitis and colonic tumour growth. 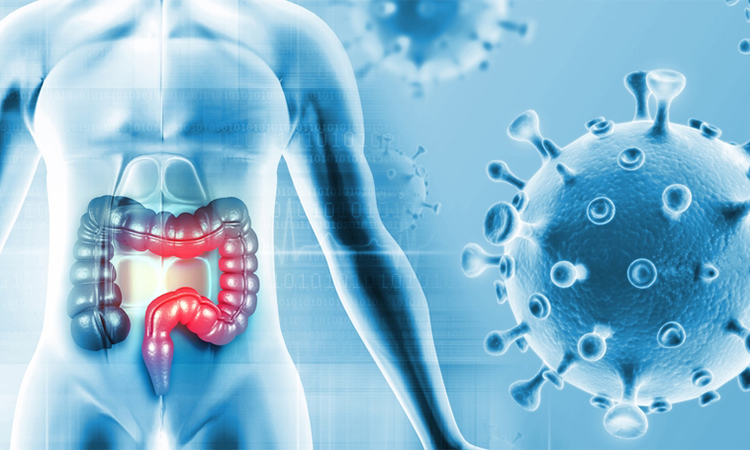 Inflammatory bowel disease (IBD) is an umbrella term for two diseases, Crohn’s disease and ulcerative colitis, that are characterised by the prolonged inflammation of the gastrointestinal tract. This condition often leads to the development of colorectal tumours. Understanding the pathogenesis of IBD is, therefore, crucial to mitigate the incidence of colonic tumours.

It turns out that innate immune receptors, particularly those expressed in the gut, such as C-type lectin receptors (CLRs), are responsible for the development of IBD. However, CLRs also play a vital role in the regulation of gut microbiota and defence against pathogens. As a result, a balance needs to be struck to maintain intestinal homeostasis.

Dendritic cell immunoreceptor (DCIR) is one such CLR that is responsible for maintaining homeostasis of the immune and skeletal systems. Previous studies have suggested that DCIR negatively regulates both innate and acquired immune responses. Blocking DCIR could, therefore, potentially boost immunity against colon tumour. However, its role in intestinal immunity has remained unclear.

Against this backdrop, researchers at the Tokyo University of Science (TUS), Japan has now shed light on this issue. In their study, which was recently published in Cell Reports, the group studied the development of colitis and colon tumour in mice models deficient in DCIR.

To this end, the group fed the mice with drinking water containing dextran sodium sulphate (DSS), a synthetic sulphated polysaccharide, and azoxymethane (AOM), a neurotoxic chemical, to induce colon tumours like that observed in humans with IBD.

“Our findings point to the fact that intestinal carcinogenesis and inflammation are facilitated by DCIR signalling, which points to the possibility that blocking DCIR might prevent ulcerative colitis and colon cancer,” explained Professor Yoichiro Iwakura, the research lead.

Corroborating this possibility, the study further revealed that the use of an antibody called “anti-NA2” against asialo-biantennary-N-glycans (NA2), a ligand (binding molecule) to DCIR, reduced DSS colitis symptoms and prevented colorectal tumour growth.

“Our results suggest that therapeutics targeting DCIR and its ligands could be used to effectively treat autoimmune diseases, IBD, and cancer, which have been traditionally difficult to treat,” concluded Iwakura.