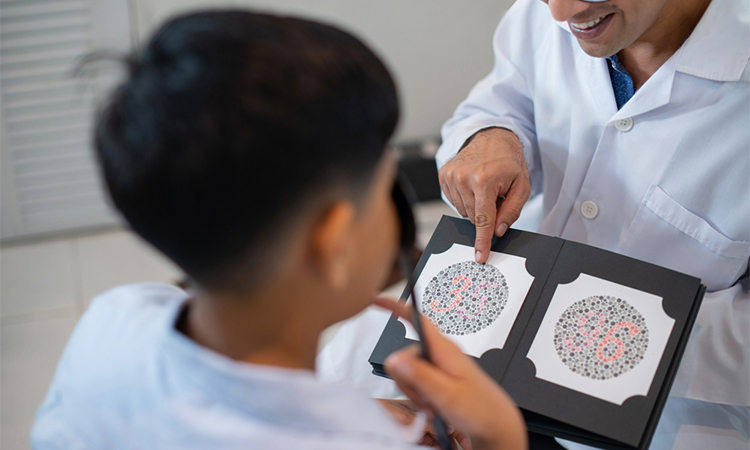 Researchers from the US National Eye Institute (NEI) have developed a gene therapy that rescues cilia defects in retinal cells affected by a type of Leber congenital amaurosis (LCA), a disease that causes blindness in early childhood. Using patient-derived retina organoids, the researchers discovered that a type of LCA caused by mutations in the NPHP5 gene leads to severe defects in the primary cilium, a structure found in nearly all cells of the body. The findings, recently published in Stem Cell Reports, not only shed light on the function of NPHP5 protein in the primary cilium, but also led to a potential treatment for this blinding condition.

“NPHP5 deficiency causes early blindness in its milder form, and in more severe forms, many patients also exhibit kidney disease along with retinal degeneration,” said the study’s lead investigator, Dr Anand Swaroop. “We have designed a gene therapy approach that could help prevent blindness in children with this disease and one that, with additional research, could perhaps even help treat other effects of the disease.”

LCA is a rare genetic disease that leads to degeneration of the light-sensing retina at the back of the eye. Defects in at least 25 different genes can cause LCA. While there is an available gene therapy treatment for one form of LCA, all other forms of the disease have no treatment. The type of LCA caused by mutations in NPHP5 is relatively rare. It causes blindness in all cases, and in many cases it can also lead to failure of the kidneys, a condition called Senior-Løken Syndrome.

The research team collected stem cell samples from two patients with NPHP5 deficiency at the NIH Clinical Center. These stem cell samples were used to generate retinal organoids, cultured tissue clusters that possess many of the structural and functional features of actual, native retina. Like the patients, these retinal organoids showed defects in the photoreceptors, including loss of the portion of the photoreceptor called “outer segments.” 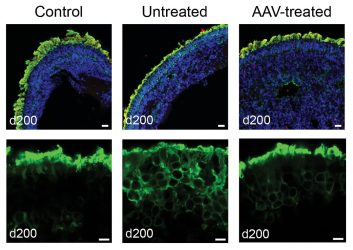 In a healthy eye, NPHP5 protein is believed to sit at a gate-like structure at the base of the primary cilium that helps filter proteins that enter the cilium. Previous studies in mice have shown that NPHP5 is involved in the cilium, but researchers have yet to understand the exact role of NPHP5 in the photoreceptor cilium and how mutations affect the protein’s function.

In the present study, researchers found reduced levels of NPHP5 protein within the patient-derived retinal organoid cells, as well as reduced levels of another protein called CEP-290, which interacts with NPHP5 and forms the primary cilium gate. (Mutations in CEP-290 constitute the most common cause of LCA.) In addition, photoreceptor outer segments in the retinal organoids were completely missing and the opsin protein that should have been localised to the outer segments was instead found elsewhere in the photoreceptor cell body.

When the researchers introduced an adeno-associated viral (AAV) vector containing a functional version of NPHP5 as a gene therapy vehicle, the retinal organoids showed a significant restoration of opsin protein concentrated in the proper location in outer segments. The findings also suggest that functional NPHP5 may have stabilised the primary cilium gate.