US researchers unmask the consequences of treating adolescent acne with systemic antibiotics; as it can lead to altered profiles of circulating bile acids that reduce osteoblast function and bone mass accrual. 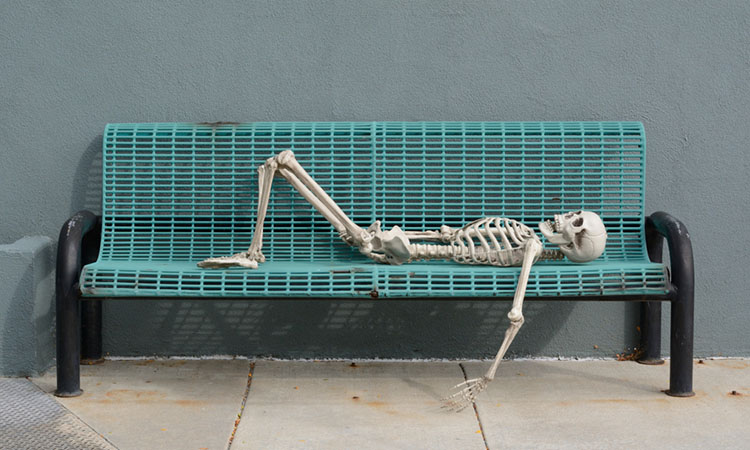 Researchers at the Medical University of South Carolina (MUSC), US, showed that there is a strong link between the makeup of the gut microbiome and healthy skeletal maturation, when using systemic antibiotics.

Acne, a skin condition that results from the plugging of hair follicles with oil and dead skin cells, can be treated with systemic antibiotics, such as minocycline but often requires long-term use. However, the effects of such long-term use of antibiotics are unknown.

The team, published in the Journal of Clinical Investigation Insight, found that long-term use of systemic antibiotics may have unintended consequences during the critical stage of adolescent bone development.

“From a clinical perspective, not only is minocycline treatment causing changes to the maturing skeleton, the microbiome and the skeleton aren’t able to recover fully after antibiotic therapy,” added Dr Chad Novincie, principal investigator and associate professor in the Department of Oral Health Sciences in the College of Dental Medicine.

This study builds off a previous work from the Novince lab, that showed a high-dose antibiotic cocktail activated a proinflammatory immune response that increased the activity of bone-eating osteoclasts and impaired bone maturation. These findings led the Novince team to ask if there were clinical scenarios in which systemic antibiotics might have effects on the maturing skeleton.

They learned that physicians prescribe minocycline as a systemic antibiotic therapy to treat adolescent acne.

To determine if systemic minocycline treatment would have similar effects on the skeleton as previous antibiotic treatments had, the team gave a dose of minocycline to mice during pubertal/ post-pubertal growth –the equivalent age of adolescence in humans.

They found that minocycline therapy does not cause any cytotoxic effects or induce a proinflammatory response, as observed previously. However, there were changes in the composition of the gut microbiome that caused decreased bone mass accrual and impaired skeletal maturation.

They also went on to show that long-term minocycline therapy prevented the ability of the gut microbiome and skeleton to recover to a stable state even after the therapy was stopped.

“What is really interesting is if you cause changes to the microbiome during this adolescent phase when your microbiota is still progressing toward a stable adult state, you are going to have profound effects on the maturing skeleton,” explained Matthew Carson, first author of the study.

Surprisingly, altering the gut microbiome with minocycline disrupted the normal communication between the liver and the small intestine. This communication is centred around bile acids.

“Bile acids had not previously been considered as important communication molecules between the gut and the skeleton,” said Novince. “By changing the gut microbiome, the makeup of the bile acids is altered, which influences host physiology, including skeletal maturation.”

Interestingly, the altered gut microbiome resulting from minocycline treatment generated a different pool of bile acids. This different profile of bile acids failed to activate bone-forming osteoblasts and caused a significant decrease of more than 30 percent in bone formation and mineralization.

“Treatment of adolescent mice with minocycline caused a change in the gut microbiome and altered bile acid metabolism,” summarised Carson. “We found that the change of these bile acids inhibited osteoblast function and impaired skeletal maturation.”

In summary, this work strengthens the importance of the gut-liver-bone communication network. It reveals that systemic minocycline therapy has unintended, profound and life-long effects on the skeleton.