A UNIGE team reveals that a drug used against herpes can fight a bacterium that is resistant to most antibiotics by weakening its defence mechanisms. 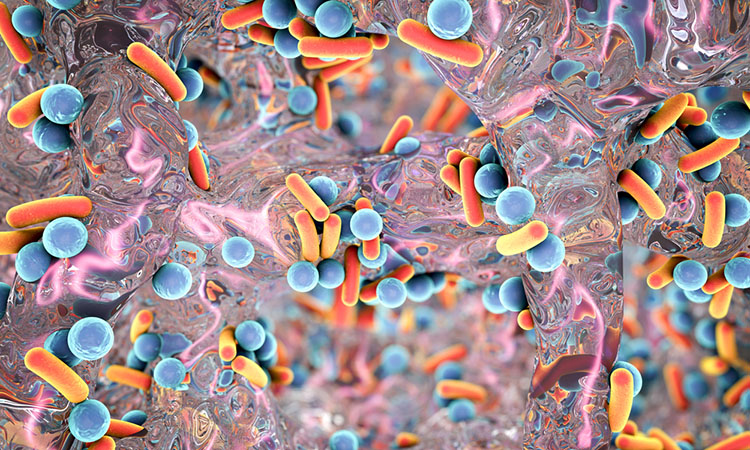 A team from the University of Geneva (UNIGE), Switzerland has discovered that edoxudine, an antiherpes molecule, weakens the protective surface of Klebsiella bacteria and makes them easier to eliminate for immune cells. This discovery, published in the journal PLOS One, investigates the bacterium Klebsiella pneumoniae, which is very common in hospitals and is one of the pathogens against which antibiotic weapons are becoming blunt. This phenomenon, known as antibiotic resistance, is now considered by the World Health Organization (WHO) as one of the greatest threats to human health.

Klebsiella pneumoniae causes many respiratory, intestinal and urinary tract infections. Due to its resistance to most common antibiotics and its high virulence, some of its strains can be fatal for 40 percent to 50 percent of infected people. There is an urgent need to develop new therapeutic molecules to counter it.

“Since the 1930s, medicine has relied on antibiotics to get rid of pathogenic bacteria,” explained Pierre Cosson, professor in the Department of Cell Physiology and Metabolism at the UNIGE Faculty of Medicine, who led this research. “But other approaches are possible, among which trying to weaken the bacteria’s defence system so that they can no longer escape the immune system. This avenue seems all the more promising as the virulence of Klebsiella pneumoniae stems largely from its ability to evade attacks from immune cells.”

To determine if the bacteria were weakened, the UNIGE scientists used an experimental model with surprising characteristics: the amoeba Dictyostelium. This single-cell organism feeds on bacteria by capturing and ingesting them, using the same mechanisms that immune cells use to kill pathogens.

“We genetically modified this amoeba so that it could tell us whether the bacteria it encountered were virulent or not. This very simple system then enabled us to test thousands of molecules and identify those that reduced bacterial virulence,” explained Cosson.

The UNIGE scientists opted for a quicker and safer strategy: reviewing existing drugs to identify possible new therapeutic indications. The research team evaluated the effect on Klebsiella pneumoniae of hundreds of drugs already on the market, with a wide range of therapeutic indications. A drug developed to combat herpes, edoxudine, proved particularly promising.

“By altering the surface layer that protects the bacteria from their external environment, this pharmacological product makes it vulnerable. Unlike an antibiotic, edoxudine does not kill the bacteria, which limits the risk of developing resistance, a major advantage of such an antivirulence strategy.”

Although the effectiveness of such a treatment in human beings has yet to be confirmed, the results of this study are encouraging: edoxudine acts even on the most virulent strains of Klebsiella pneumoniae, and at lower concentrations than those prescribed to treat herpes.

“Sufficiently weakening the bacteria without killing them is a subtle strategy, but one that could prove to be a winner in the short and long terms,” concluded Cosson.