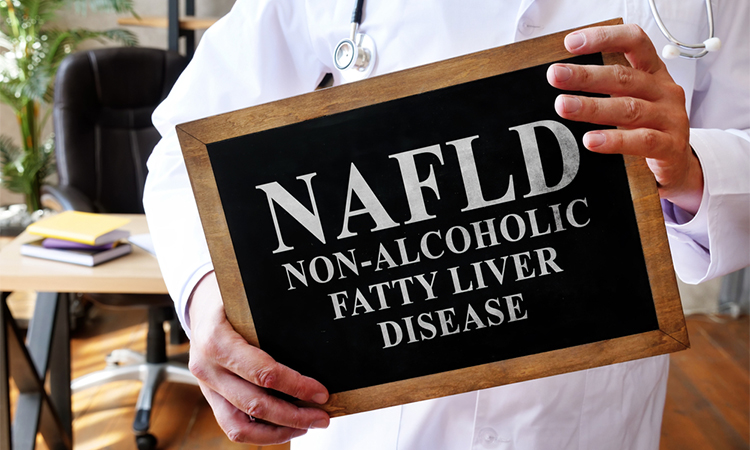 The global prevalence of NAFLD is estimated to be more that 25 percent and will continue to rise. NAFLD comprises a spectrum of liver disorders ranging from simple NAFLD to NASH. While NAFL is generally considered as to be a benign condition, NASH is prone to develop into severe end-stage liver diseases. However, the molecular mechanisms of steatosis-to-NASH progression remain poorly understood.

In addition, through transcriptomic analysis, the authors found that growth differentiation factor (GDF3) was specifically up regulated in the livers and plasma of NASH mice. In agreement, plasma GDF3 concentrations were markedly increased in patients with NASH compared to patients with NAFL or healthy individuals. Plasma GDF3 levels were strongly associated with the NAFLD activity score (NAS) and individual histologic features, including steatosis, ballooning, and lobular inflammation (Figure 1). The authors further evaluated the diagnostic potential of circulating GDF3, which demonstrated that it could be a non-invasive diagnostic biomarker for NASH patients with high accuracy.