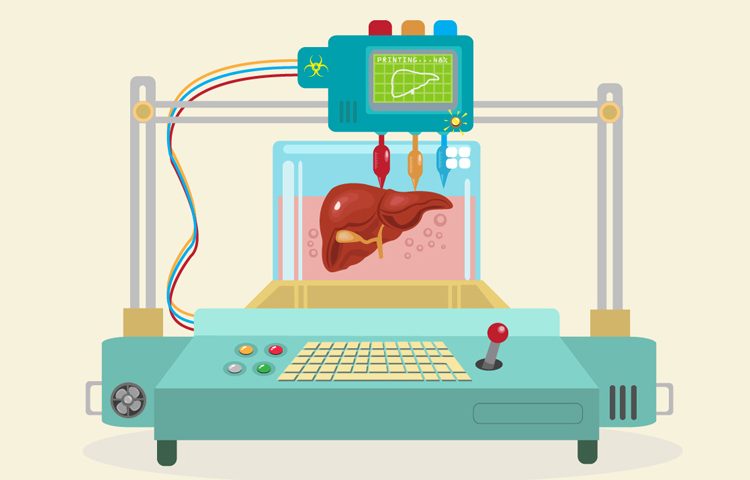 “Most drug test models use a two-dimensional (2-D) monolayer cell tissue, or a 3-D tissue, but without this network,” said Su Ryon Shin, an instructor conducting research at the Harvard Medical School and one of the study’s authors. “Our bodies are actually composed of a 3-D construct with a vascular network, not composed of [just] single cells.”

Printed with bio-ink that uses sacrificial microchannel scaffolding, the final endothelial cell-layered channel network allows observation of in vivo effects of drug absorption without having to actually do an in vivo study. Moreover, the technique can be adapted to different cell types to likely offer patient-tailored testing of drug toxicity.

“We are using human cells, and when we developed this technique we [did so in a way that let us] easily change the cell type, using maybe a patient’s primary cell or their endothelial cells and we can [potentially] create a human-specialised tissue model,” Dr Shin said.

Although the construct is still a rather simplified version of actual liver tissue, this vascular model’s new level of complexity has already helped the team discover an important mechanism a monolayer construct could never reveal.

Dr Shin in particular plans to focus future research on this diffusion step, and how it can be tuned to optimise drug absorption. More broadly, the group hopes that this is only an early step in developing more complex and faster bio-printed drug testing systems, such as multi-organ-on-a-chip devices and sample models for other organ and tissue systems. Cancer drug therapies, for example, require an understanding of the effects on various tissues outside of just the cancer tissue itself, and would benefit greatly from such a construct.