Mutations in the APC gene, harm the immune system, leaving it unable to tackle inflammation thereby favouring the development of cancer… 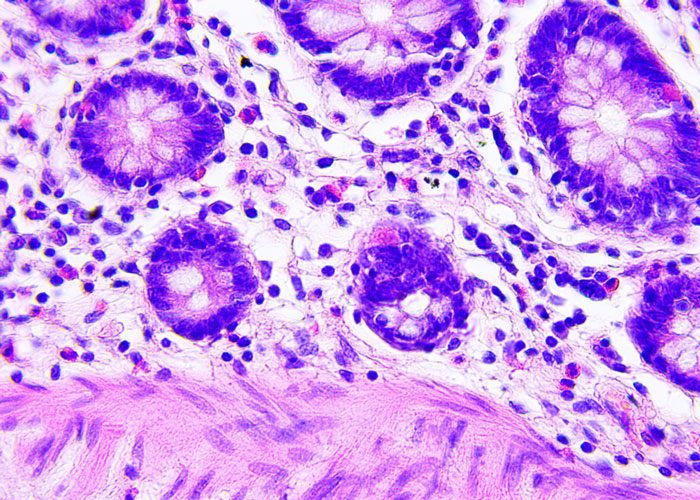 Research led by scientists from the Institut Pasteur and Inserm recently demonstrated that mutations in the adenomatous polyposis coli (APC) gene, known to be involved in familial adenomatous polyposis, do not only lead to the emergence of colon polyps; they also harm the immune system, leaving it unable to tackle inflammation of the colonic mucosa.

This dual impact may favour the development of cancer.

Polyposis patients have a mutant version of the gene, which leads to a deficiency in APC protein

Professor Andrés Alcover, Head of the Lymphocyte Cell Biology Unit at the Institut Pasteur and last author of the paper, explains, “the APC protein, associated with the microtubule cytoskeleton, has a major effect on the structure and differentiation of intestinal epithelial cells. By disrupting these functions in intestinal cells, APC mutations can lead to the development of tumours.”

Scientists already knew that APC mutations could influence the immune system, but they had not yet identified the molecular mechanisms involved and the link with colorectal cancer development.

One family of T lymphocytes, known as regulatory T cells, is particularly sensitive to APC mutations. The scientists observed a dysfunction in these regulatory T cells – which are present in large numbers in the intestine – in mice with these mutations that are predisposed to develop polyposis like the patients. This dysfunction leads to a deregulation of the immune system in the intestine and a failure to control local inflammation. “This is the first time that we have characterised at the molecular level how mutations in the APC protein affect the immune system, creating favourable conditions for cancer development,” said Andrés Alcover.

It remains to be seen whether defects in the APC protein in patients with familial adenomatous polyposis have consequences for the other cells in the immune system, especially those that directly eliminate cancer cells. If so, this research might pave the way for the development of new therapies to improve the efficacy of treatment for patients with familial adenomatous polyposis or other forms of intestinal cancer.