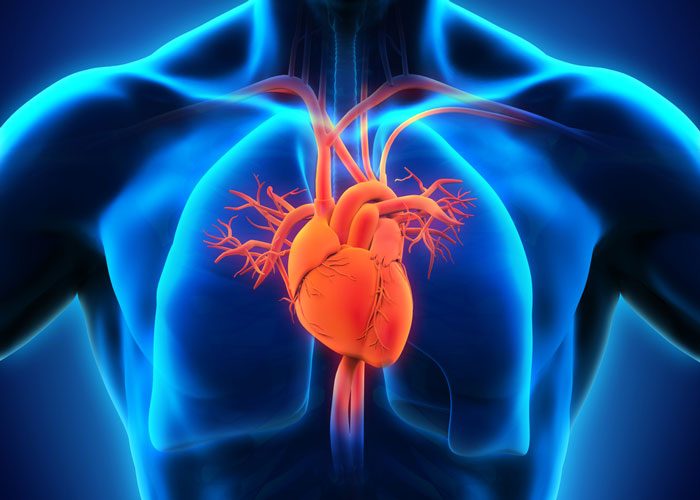 Reducing a protein found in the mitochondria of cardiac muscle cells initiates cardiac dysfunction and heart failure, a finding that could provide insight into new treatments for cardiovascular diseases.

The researchers at Georgia State University have discovered that reducing an outer mitochondrial membrane protein, FUN14 domain containing 1 (FUNDC1), in cardiac muscle cells, also known as cardiomyocytes, activates and worsens cardiac dysfunction. Also, disrupting how FUNDC1 binds to a particular receptor inhibited the release of calcium from another cell structure, the endoplasmic reticulum (ER), into the mitochondria of these cells and resulted in mitochondrial dysfunction, cardiac dysfunction and heart failure.

In the body, mitochondria and ER are interconnected and form their own endomembrane networks. The points where mitochondria and ER make physical contact and communicate are known as mitochondria-associated ER membranes (MAMs). MAMs play a major role in regulating the transfer of calcium between ER and mitochondria. Dysfunctional MAMs are involved in several neuronal disorders, including Alzheimer’s disease and Parkinson’s disease. Until now, the role of MAMs in cardiac pathologies has not been well understood.

“Our study found the formation of MAMs mediated by the mitochondrial membrane protein FUNDC1 was significantly suppressed in patients with heart failure, which provides evidence that FUNDC1 and MAMs actively participate in the development of heart failure,” said Dr Ming-Hui Zou, director of the Center for Molecular and Translational Medicine at Georgia State and a Georgia Research Alliance Eminent Scholar in Molecular Medicine. “This work has important clinical implications and provides support that restoring proper function of MAMs may be a novel target for treating heart failure.”

The researchers used mouse neonatal cardiomyocytes, mice with a genetic deletion of the FUNDC1 gene, control mice with no genetic deficiencies and the cardiac tissues of patients with heart failure.

The cardiac functions of the mice were monitored using echocardiography at 10 weeks of age. Mice with the genetic deletion of FUNDC1 had markedly reduced ventricular filling velocities, prolonged left ventricular isovolumic relaxation time, diastolic dysfunction, decreased cardiac output (which indicates impaired systolic functions) and interstitial fibrosis of the myocardium, among other issues. The mitochondria in the hearts of mice with FUNDC1 gene deletion were larger and more elongated, a 2.5-fold increase of size compared to mitochondria in the control mice.

The findings are published in the journal Circulation.