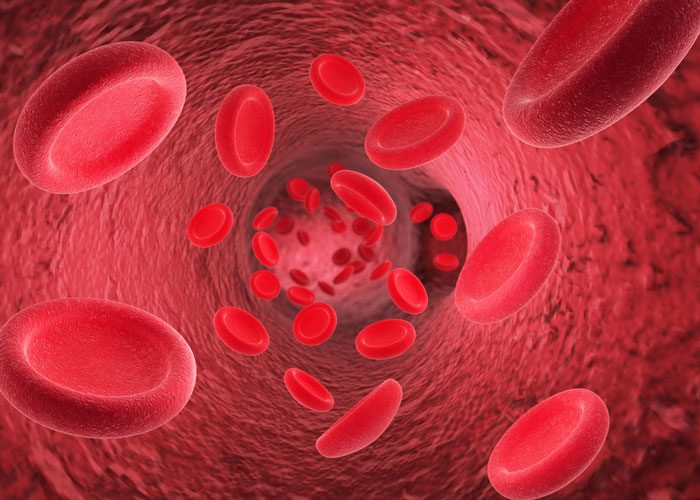 “We essentially performed a mini pre-clinical trial of parmodulins’ effect on the endothelium, and not only determined the pathway through which parmodulins function, but also demonstrated that they help protect endothelial cells from inflammatory damage,” says Dr Abhishek Jain, who is now an Assistant Professor and director of the the Bioinspired Translational Microsystems lab at Texas A&M University.

The target protein on which both APC and parmodulins act is the transmembrane protein protease-activated receptor 1 (PAR1), which is present on both endothelial cells that line blood vessels and platelets that circulate through the blood and promote clotting, making mechanistic analysis difficult. PAR1 was originally identified as a receptor for thrombin, which is a crucial part of the inflammatory process. However, when PAR1 is activated by APC on endothelium, it triggers anti-inflammatory, anti-apoptotic, and barrier-fortifying pathways, all of which help protect cells from the negative effects of inflammation.

In addition to activating PAR1, APC also independently inhibits the generation of thrombin, which is an essential component of healthy blood clotting – but inhibiting thrombin too much leads to uncontrolled bleeding. Knowing that parmodulins bind to PAR1, the team of scientists and clinicians set out to find a way to activate endothelial PAR1 and reduce thrombic responses without thinning the blood, and thus provide a better alternative to APC.

To evaluate the activity of parmodulins on endothelium, Dr Karen De Ceunynck, a postdoctoral research fellow at BIDMC and first author of the paper, incubated human endothelial cells with parmodulin 2 in vitro for 4 hours and then exposed them to the thrombin-inducing inflammatory agents lipopolysaccharide (LPS) or tumour necrosis factor-α (TNF-α). In the parmodulin-exposed cells, both agents’ ability to generate thrombin was reduced by over 50% compared with non-parmodulin-exposed cells. However, parmodulin 2 did not inhibit the activity of factor V or factor X, proteins that function in blood coagulation. “We were intrigued by the notion that parmodulin 2 inhibited LPS- and TNF-mediated prothrombotic effects on the endothelial surface without impairing blood clotting” says Dr De Ceunynck.

To confirm this theory, the team used a Wyss-developed blood-vessel-on-a-chip consisting of microfluidic channels embedded in a clear polymer chip, coated with collagen, and lined by human endothelial cells. Whole blood was perfused through the chip to simulate the flow conditions within human blood vessels, to which were added different pro- and anti-inflammatory compounds to evaluate the response of the endothelium.

A series of tests in vitro performed by co-first author Dr Christian Peters, at BIDMC, confirmed that parmodulin 2’s activation of PAR1 also induces cytoprotective responses in endothelial cells by inhibiting apoptosis (programmed cell death) induced by thrombin, TNF-α, and the apoptotic alkaloid staurosporine through a signaling pathway that begins with parmodulin 2’s binding to a specific site on the cytoplasmic side of PAR1. “We observed that the cytoprotective response induced by parmodulin 2 happened very quickly, and confirmed its rapid onset in time course and gene expression assays,” says Dr Peters.

Furthermore, in vivo studies in mice showed that parmodulin 2 reduces the binding of white blood cells to blood vessels and impairs platelet and fibrin accumulation at injury sites during the inflammatory response, confirming the anti-thrombotic and anti-coagulant activity of parmodulin 2 observed in vitro. Additionally, parmodulins do not interact with many of APC’s other binding partners, making it much more targeted to PAR1 and reducing other side effects.

“The discovery of an anti-inflammatory molecule that prevents endothelial thrombosis but also preserves normal blood coagulation is a major step toward an alternative and better approach to treating inflammatory disease,” says Dr Rob Flaumenhaft, Professor of Medicine at Harvard Medical School, Chief of the Division of Hemostasis and Thrombosis at BIDMC, and corresponding author of the paper. “Furthermore, nearly all other pharmaceuticals that target G-protein coupled receptors like PAR1 bind to the exterior of the receptor; parmodulin 2 represents a paradigm shift for compounds targeting GPCRs because it acts on internal domains. We are excited to see if we can advance it to clinical trials.”

“This work provides another example of how organ-on-a-chip technology can enable faster and safer development and evaluation of drugs that could help patients around the world,” says co-author and Wyss Institute Founding Director Dr Donald Ingber, who is also the Judah Folkman Professor of Vascular Biology at HMS and the Vascular Biology Program at Boston Children’s Hospital, as well as Professor of Bioengineering at Harvard’s John A. Paulson School of Engineering and Applied Sciences (SEAS).

The results are reported in the Proceedings of the National Academy of Sciences.