Researchers at the have identified a small drug molecule that can clear the herpes simplex virus-1 infection, making it a promising potential option for patients who have developed resistance… 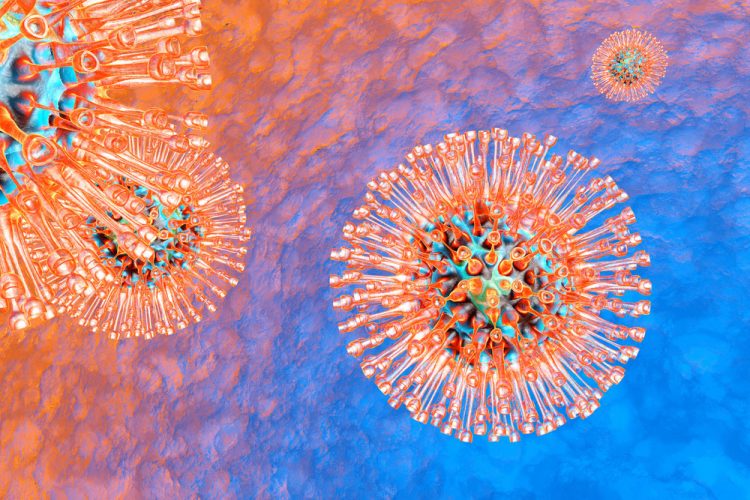 Researchers at the have identified a small drug molecule (BX795) that can clear the herpes simplex virus-1 infection (HSV-1)  in the cells of the cornea and works completely differently than the currently-available drugs, making it a promising potential option for patients who have developed resistance.

The researchers believe the drug could be equally effective in treating HSV-1 in the mouth and HSV-2 –which primarily affects the genitals — and possibly even other viral infections like HIV.

Currently available drugs to treat HSV-1 infection work by preventing the virus from producing the proteins it needs to replicate and are known as nucleoside analogues. Resistance is a significant problem with the ongoing use of nucleoside analogues, which when applied topically to the eye can cause serious side effects including glaucoma.

“We have needed alternative drugs that work on new targets for a very long time because patients who develop resistance to nucleoside analogs have very few good options for treating their infection,” said Deepak Shukla, the Marion Schenk Professor of Ophthalmology and Professor of Microbiology and Immunology in the University of Illinois at Chicago College of Medicine, and corresponding author on the paper. “We have found a molecule that works in a totally novel fashion. Instead of working on the virus, it works in the host cells and helps them to clear the virus.”

Prof Shukla and colleagues discovered that a small drug molecule called BX795, which is sold to labs for use in experiments, helped clear HSV-1 infection in cultured human corneal cells, in donated human corneas, and in the corneas of mice infected with HSV-1.

The researchers were quite surprised by their finding because BX795 is known as an inhibitor of TBK1, an enzyme involved in innate immunity and neuroinflammation. When TBK1 is suppressed in cells, infection is actually promoted. But when the researchers added higher concentrations of BX795 to cultured human corneal cells infected with HSV-1, the infection was quickly cleared. They had the same result in intact human corneas, and in mice whose eyes had been infected with HSV-1.

“This isn’t what we expected,” said Tejabhiram Yadavalli, a postdoctoral fellow studying herpes viruses at UIC and a co-author of the paper. “Instead of promoting infection, at higher concentrations, BX795 actually helped cells clear the infection.”

Additionally, the concentration of BX795 needed to clear HSV-1 infection is quite low.

The researchers also found that BX795 only worked in cells infected with the HSV-1 virus.

“There was no discernable toxicity or negative side effects at therapeutic concentrations in cells that are not infected with the virus,” Shukla said.

“Because BX795 targets a common pathway that many viruses use to replicate inside the cell, it could be a new kind of broad-spectrum antiviral that might be used to treat other viral infections, including HSV-2, which primarily affects the genitals, and HIV, although we have not yet tested it on viruses other than HSV-1.”

“It will be very exciting to see if the study can move to a clinical trial soon,” said Alex Agelidis, a graduate student at UIC and co-author on the paper. “Because of BX795’s low toxicity, it has a great potential for systemic use as well as topical application.”

The findings are reported in the journal Science Translational Medicine.