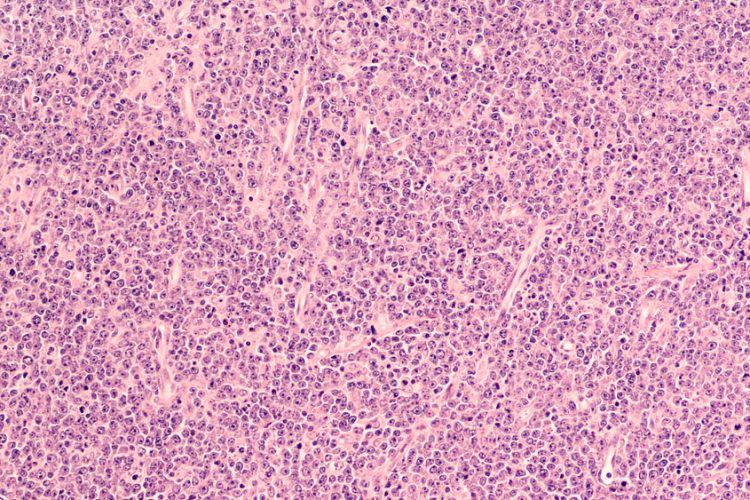 A new study presents an epigenetic drug capable of slowing down cell growth in Mantle Cell Lymphoma (MCL), a type of cancer characterised by its aggressive behaviour, its delayed diagnosis with affectation of different organs and its origin from the lymphocytes B. The research results may be an answer to current medical need for new treatments that increase long-term survival in this disease.

“Our laboratory is interested in finding new compounds with epigenetic activity and anti-tumour effects. Working together with organic chemists and the Quimatryx company we obtained a molecule that inhibits the HDAC6 gene, a protein that chemically modifies another protein by acetylation”, says Dr Manel Esteller, Director of the Epigenetics and Cancer Biology Program (PEBC) of the Bellvitge Biomedical Research Institute (IDIBELL), ICREA Researcher and Professor of Genetics at the University of Barcelona.

“After testing it on several types of cancer, we realised that the efficacy of the new molecule was at its peak in this type of lymphoma. This beneficial effect was observed in cultured cells, murine studies and cells extracted from patients. In addition, the substance is very specific when it comes to reaching its target, with apparent little toxicity to healthy cells of the same patient, such as T lymphocytes”, adds Dr Esteller.

In the world 12% of all cancers are linked to blood cells, be leukaemia, lymphoma or myeloma, diagnosing a new patient every two minutes. Although some types of these haematological oncological diseases are curable, for others there are not sufficiently effective treatments. “What makes us especially happy in this case is that the possible use of the drug in clinical trials for next year begins to be considered”, concludes Esteller.

The study has been published in Haematologica.