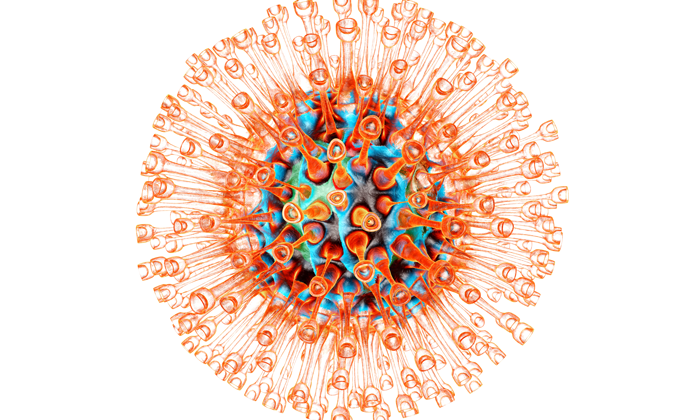 The authors emphasize that their findings do not prove that the viruses cause the onset or progression of Alzheimer’s. Rather, the findings show viral DNA sequences and activation of biological networks – the interrelated systems of DNA, RNA, proteins and metabolites – may interact with molecular, genetic and clinical aspects of Alzheimer’s.

“The hypothesis that viruses play a part in brain disease is not new, but this is the first study to provide strong evidence based on unbiased approaches and large data sets that lends support to this line of inquiry,” said NIA Director Richard J. Hodes, M.D. “This research reinforces the complexity of Alzheimer’s disease, creates opportunities to explore Alzheimer’s more thoroughly, and highlights the importance of sharing data freely and widely with the research community.”

Alzheimer’s disease is an irreversible, progressive brain disorder that slowly destroys memory and thinking skills and, eventually, the ability to carry out simple tasks. More evidence is accumulating to indicate that this loss of cognitive functioning is a mix of many different disease processes in the brain, rather than just one, such as build-up of amyloid or tau proteins. Identifying links to viruses may help researchers learn more about the complicated biological interactions involved in Alzheimer’s, and potentially lead to new treatment strategies.

The research group, which included experts from Icahn School of Medicine at Mount Sinai, New York City, and Arizona State University, Phoenix, originally set out to find whether drugs used to treat other diseases can be repurposed for treating Alzheimer’s. They designed their study to map and compare biological networks underlying Alzheimer’s disease. What they found is that Alzheimer’s biology is likely impacted by a complex constellation of viral and host genetic factors, adding that they identified specific testable pathways and biological networks.

“The robust findings by the Mount Sinai team would not have been possible without the open science data resources created by the AMP-AD program-particularly the availability of raw genomic data,” said NIA Program Officer Suzana Petanceska, Ph.D., who leads the AMP-AD Target Discovery and Preclinical Validation Project.

“This is a great example of the power of open science to accelerate discovery and replication research.”

The researchers used multiple layers of genomic and proteomic data from several NIA-supported brain banks and cohort studies. They began their direct investigation of viral sequences using data from the Mount Sinai Brain Bank and were able to verify their initial observations using datasets from the Religious Orders Study, the Memory and Aging Project and the Mayo Clinic Brain Bank. They were then able to incorporate additional data from the Emory Alzheimer’s Disease Research Center to understand viral impacts on protein abundance. Through the application of sophisticated computational modelling the researchers made several key findings, including:

Important roles for microbes and viruses in Alzheimer’s disease have been suggested and studied for decades, the authors noted. Since the 1980s, hundreds of reports have associated Alzheimer’s with bacteria and viruses. These studies combined suggest a viral contribution but have not explained how the connection works.

While the current findings are more specific, they do not provide evidence to change how risk and susceptibility are assessed, nor the diagnosis and treatment of Alzheimer’s, the authors said. Rather, the research gives scientists reason to revisit the old pathogen hypothesis and will be the basis for further work that will test whether herpes virus activity is one of the causes of Alzheimer’s.