A discovery about how human cells are ‘triggered’ to undergo an inflammatory type of cell death could have implications for treating cancer, stroke and tissue injury, and immune disorders… 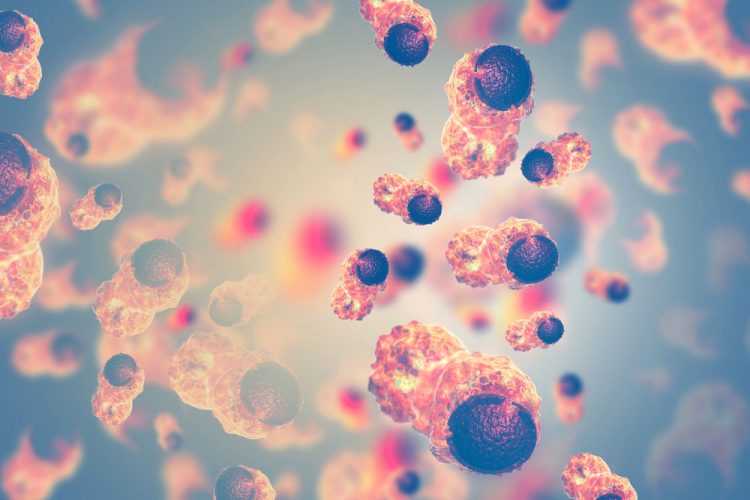 A discovery about how human cells are ‘triggered’ to undergo an inflammatory type of cell death could have implications for treating cancer, stroke and tissue injury, and immune disorders.

A research team from the Walter and Eliza Hall Institute in Melbourne identified the molecular trigger in human cells that drives necroptosis and implicated defects in this molecular trigger as potentially playing a role in cancer development.

Necroptosis is a type of controlled cell death that is initiated when the cell detects something harmful in its environment and alerts the immune system to come to its aid.

Excessive or inappropriate activation of necroptosis has been linked to a number of diseases and conditions, including stroke, organ transplant injury and kidney disease, as well as some immune disorders.

Abnormalities in necroptosis have also been implicated in cancer development.

Associate Professor Murphy said the research team ‘reconstructed’ a cancer scene in human cells using MLKL mutations found in human cancers – including colon, endometrial and lung cancers – to understand whether these mutations might play a role in cancer development.

“We found that most of the mutations in MLKL in human cancers delayed cell death by necroptosis,” Prof Murphy said.

Defects that prevent cells from undergoing programmed cell death (apoptosis) are widely known to play a role in cancer development. Anti-cancer drugs that target this pathway, called BH3-mimetics, are already being used in the clinic to treat some cancers, including blood cancers, and are in clinical trials for other types of cancer.

Prof Murphy said his team were looking at better understanding how necroptosis, an inflammatory type of cell death, was involved in cancer.

“Delaying necroptosis may be advantageous to cancer cells, or cells that are pre-cancerous, either by allowing them more time to turn into cancer, making them less responsive to cancer therapies, or not alerting the immune system so quickly to their existence. But we have more work to do to figure this out.”

Dr Petrie said MLKL had been studied in model systems before, but this research identified crucial differences in human cells. “One of the curious things about this protein is that it is found in all cells of the body all the time, just sitting there waiting to kill the cell and alert the immune system to a problem.

“However, it is clearly not being triggered that easily, or unnecessarily, so we suspected that the process – and therefore the protein – must be very tightly controlled to avoid harmful consequences,” Dr Petrie said.

“This is the first time that we have been able to visualise how the MLKL protein works in human cells. We showed that human MLKL differs in some critical ways from our model systems, which has significant implications for any attempts to target this pathway to treat disease.”

Using a combination of techniques, and the Australian Synchrotron, the team was able to solve the mystery of what the dormant and active forms of MLKL look like, and how its partner protein RIPK3 binds to and activates MLKL to trigger inflammatory cell death.

“Activation of necroptosis is very tightly regulated in human cells, and that tells us there are more checkpoints in the pathway that could be looked at as potential therapeutic targets,” Prof Murphy said.

The research has been published in Nature Communications.